Volta Region based Agbogba FC will face Na God FC in the opening match of the play-off matches to determine a replacement for Inter Allies FC in the Division One League Zone Three.

This follows the decision by the Executive Council of the Ghana Football Association for play-off matches to be played between the three second placed clubs in the three Regional Second Division Leagues in Zone 3 with the winner replacing demoted Inter Allies FC in next season's  League.

The draw which was held on Friday at the GFA Secretariat, revealed the pairings for the three-way all-play-all matches.

Below are the fixtures: 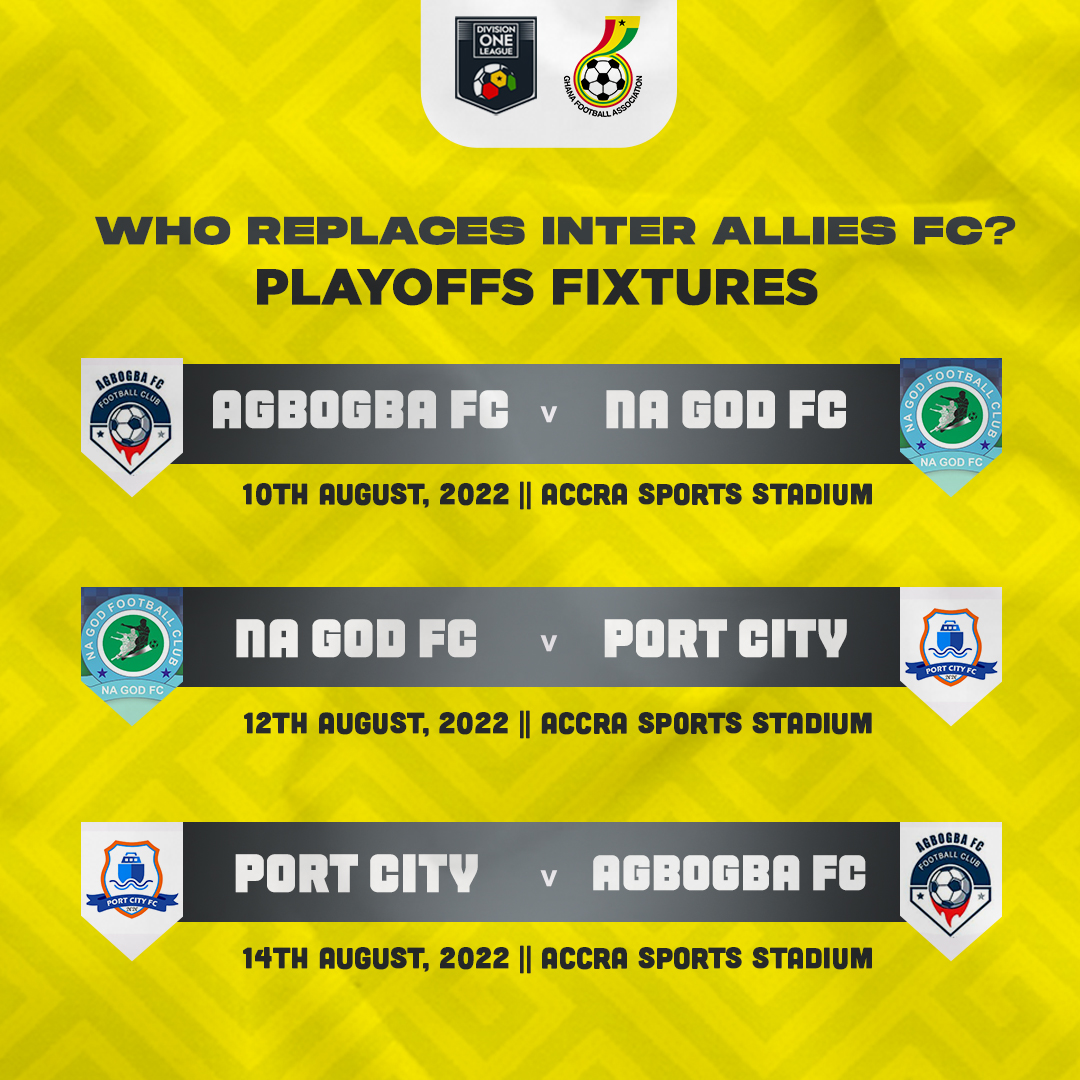