Fixtures for Access Bank Division One League Match week One

The 2022/23 Division One League is set to kick off on this weekend Friday, September 30 to Monday, October 3, 2022, in all three Zones across the country.

Opening day of the season promises `to be exciting with some mouthwatering games on the opening round of matches for the season.

Debutants Debibi United FC will host former Premier League side Eleven Wonders FC at the Debibi Presby Park in a Zone 1A fixture. 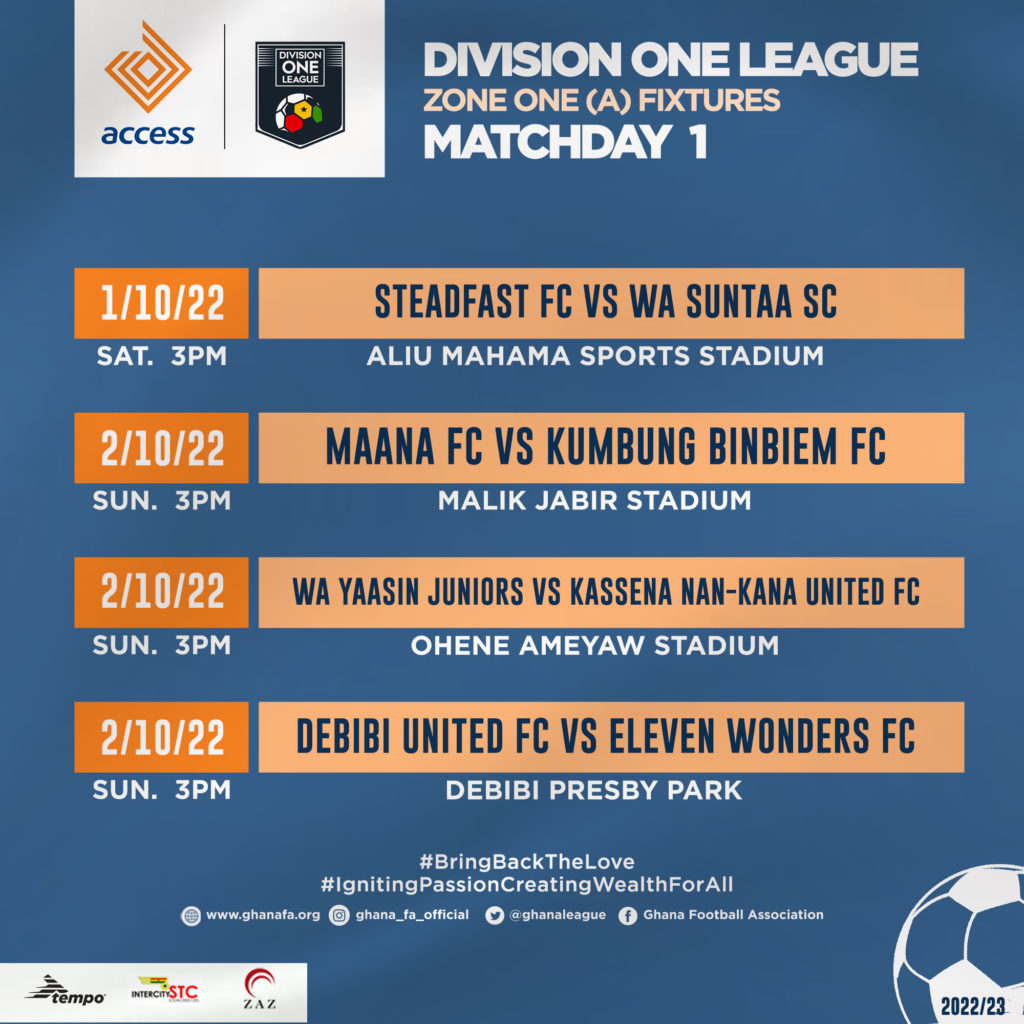 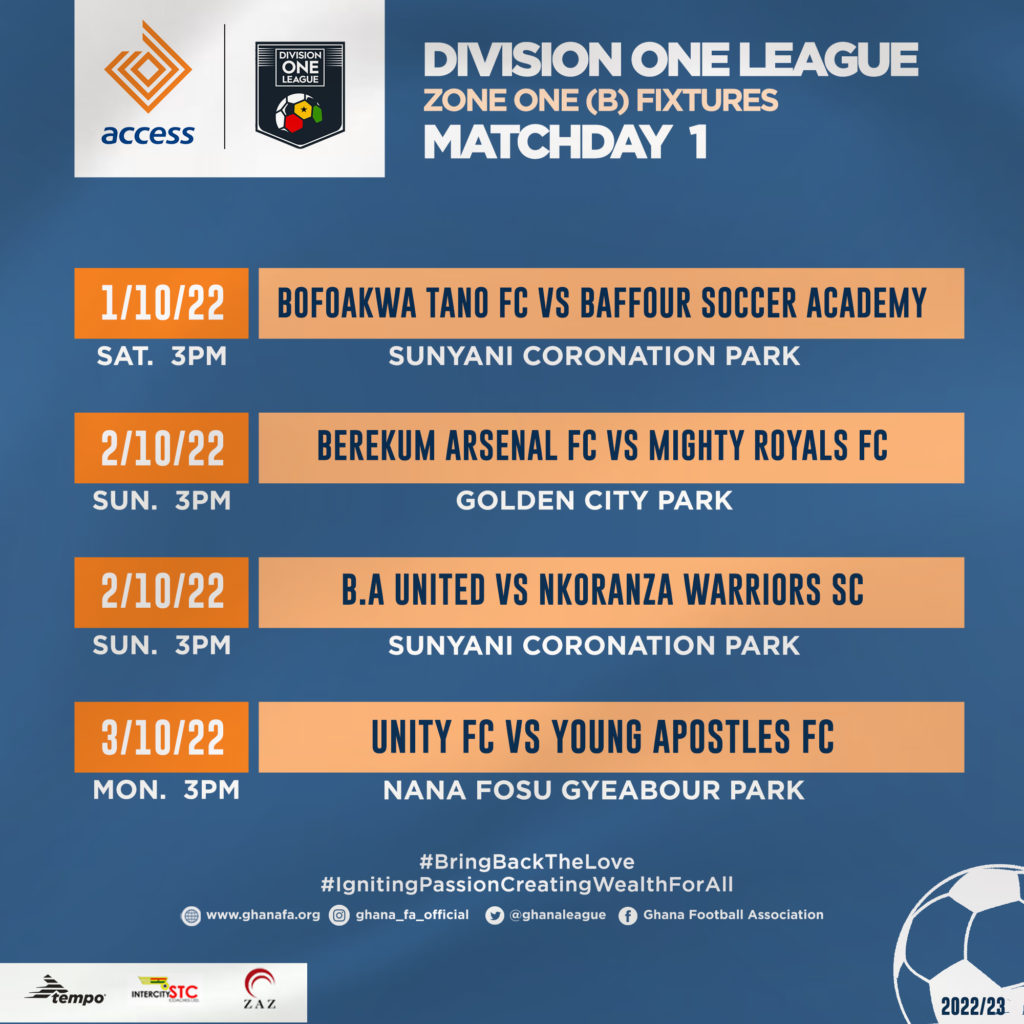 In Zone two, former topflight side Elmina Sharks will be at home in their season opener against Nzema Kotoko FC as the St Martins Park will witness an exciting game between Skyy FC and Ebusua Dwarfs FC. 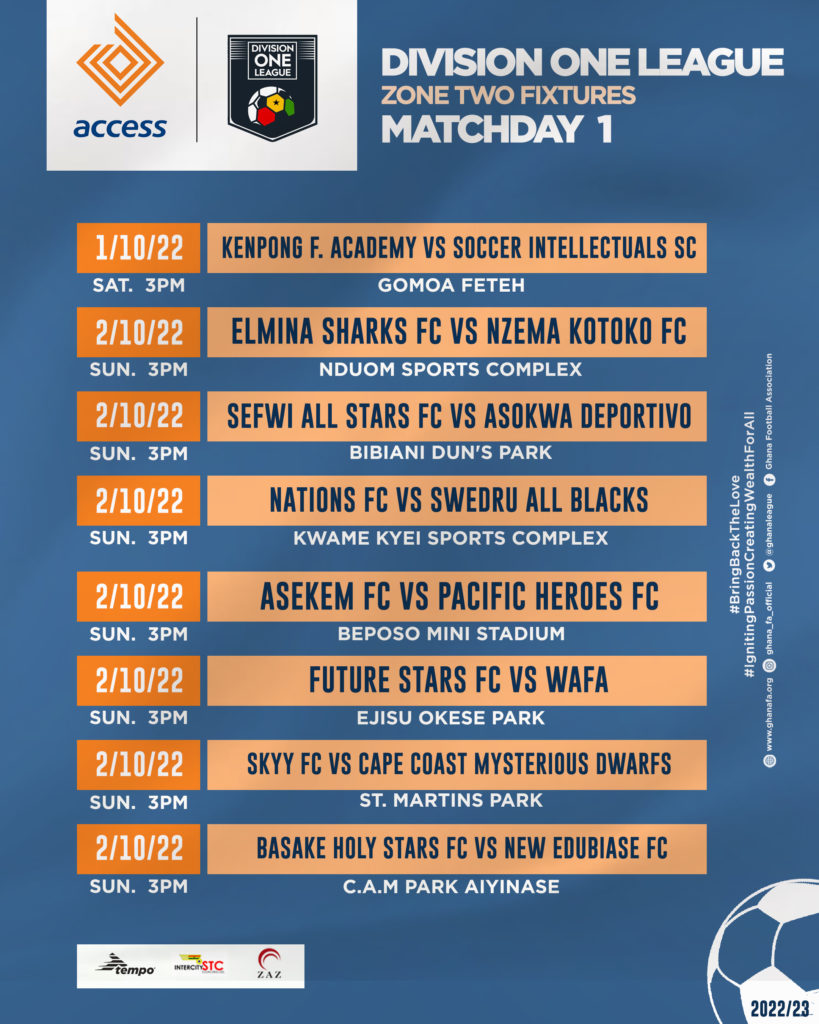 Zone Three will see lots of stimulating games beginning with the game between new entrants Attram De Visser SC and AS Rences set to begin the season at the Tema Stadium on Friday. 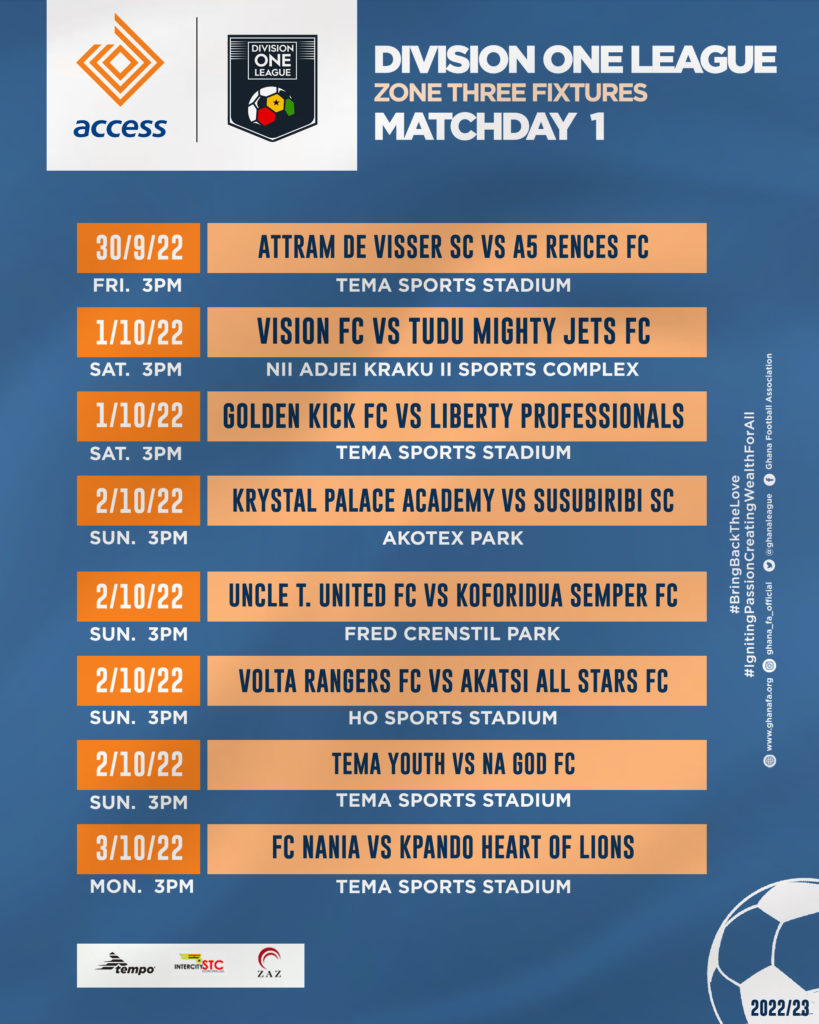 Other games will see an all Volta derby game between Volta Rangers FC and Akatsi All Stars FC with Golden Kicks FC set to host Liberty Professionals at the same venue the following day. The Tema Stadium will again host an interesting encounter between Tema Youth FC and Na God FC on Sunday.