Dreams FC will on Sunday host Mysterious Ebusua Dwarfs in a match day eight tie at the theatre of Dreams, at Dawu.

The Still Believe lads have gone five games without a win and will be hoping to end that winless run-on Sunday. Dreams FC have not won a game since their 2-1 win against Medeama SC in a match day two encounter.

Winfred Dormon’s side are enduring one of their worst seasons in the Ghanaian top-flight as they sit in 16th place on the log with 6 points resulting from one win, three draws and three defeats.

They will be gunning to return to winning ways when they welcome Ebusua Dwarfs to Dawu on Sunday.

However, they will come up against a Dwarfs side that have collected four points in their recent trips to Accra. They registered a 2-1 win against Legon Cities and drew 1-1 with Great Olympics in their last two away games. 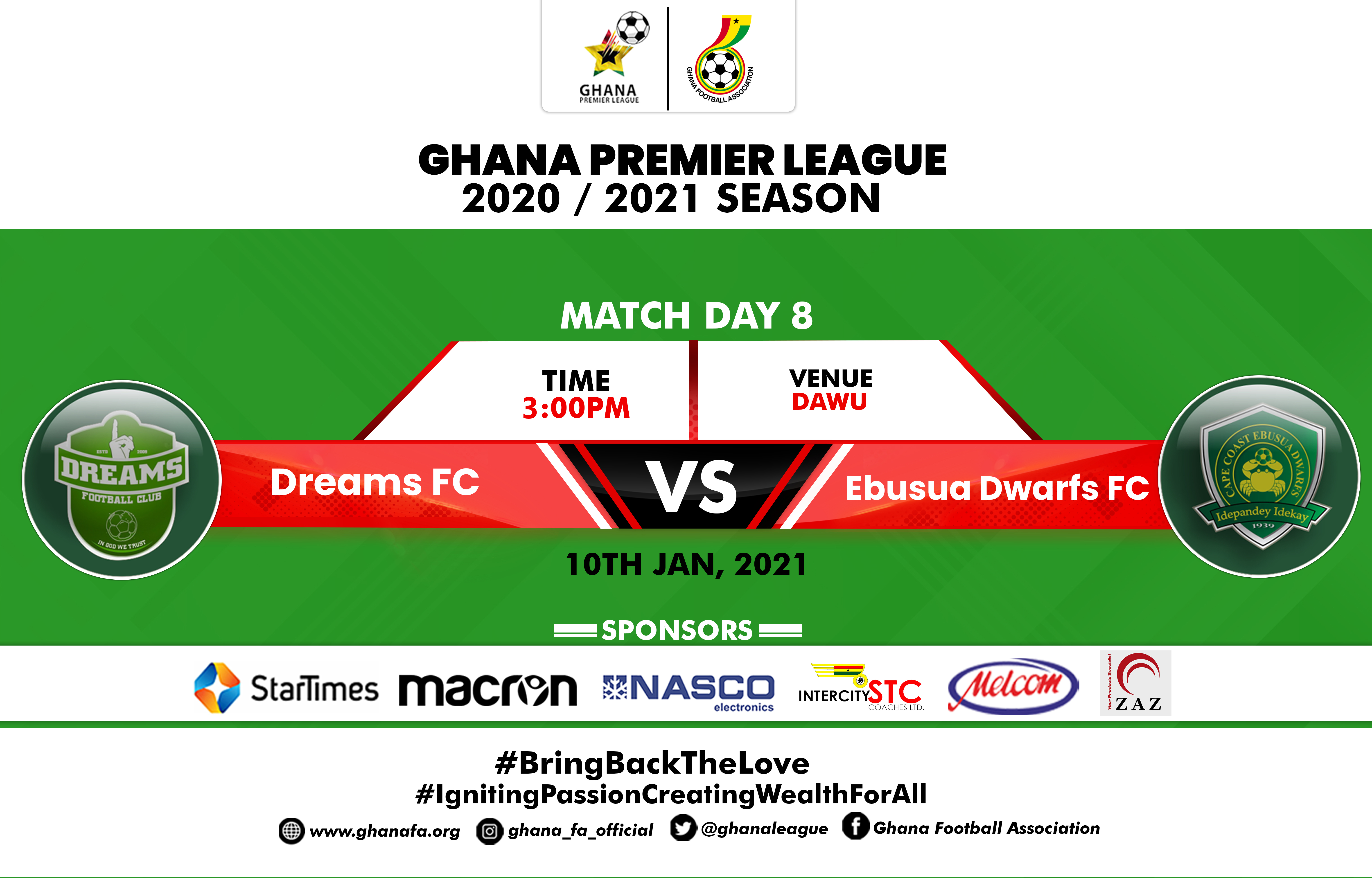 In all, Dwarfs have won two games in six outings following a 1-0 win against Berekum Chelsea at home and an amazing 2-1 win over Legon Cities in Accra.

They have a poor record against Dreams FC at Dawu, having failed to win there in their last two visits.

The Cape-Coast based side last victory at the ground came in 2016/17 season after beating them 2-0 in Dreams FC’s first appearance in the Ghana Premier League.