Zone Two leaders Gold Stars failed to stretch their lead at the top of the table as they were held 0-0 by Unistar Academy on match day 19 of the National Division One League.

The Bibiani lads who have had a great start to the second round of the campaign are unbeaten in their last four matches, drawing one and winning three.

The have opened a seven point gap at the top of the table and sit pretty comfortable as the race for Premier League football intensifies.

Second placed Skyy FC made light work of Wassaman as they beat the latter 2-0 at Daboase to keep their title ambitions on course.

Seven points off the top spot, the race for the title is far from over. Francis Oteng Gyetuah opened the scoring in the 8th minute before Emmanuel Assafuah added the second in the 69th minute to give Skyy FC all the spoils at home.

At the Len Clay stadium in Obuasi, Asokwa Deportivo and Samartex settled for a 3-3 stalemate in a 6 goal thriller. Joseph Gordon, Collins Ampofo and Frank Osei Afriyie scored for Deportivo as Emmanuel Adu Siaw, David Lamptey and Sampson Eduku netted for Samartex.

Zone Two results at a glance: 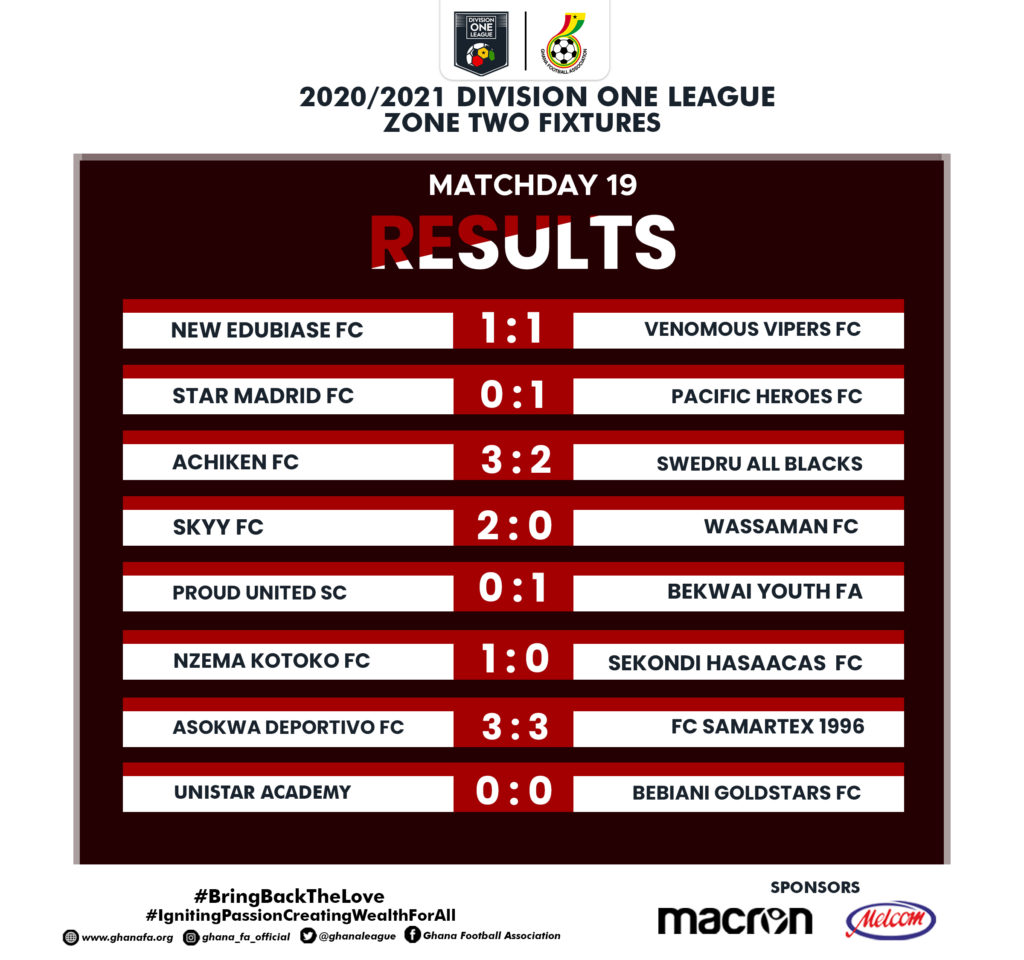