Zone Two leaders Gold Stars defeated Nzema Kotoko 2-1 on match day 16 of the National Division One League on Sunday to maintain their place at the top of the table.

Nuhu Sulley opened the scoring for Gold Stars at Dun’s Park but Kotoko replied before the break to make it 1-1. Prince Commey rounded up the goalkeeper before smashing the ball into an empty net for the leveler. Back from recess, Gold Stars kept pressing for the winner and got their goal through Samuel Ofori in the 86th minute to win the game 2-1 – moving to 37 points from 16 matches in the League.

Another contender, Samartex 1996 were 3-0 winners against Proud United at Sameraboi town Park.

Benjamin York scored a brace as Sampson Eduku added the third for Samartex. 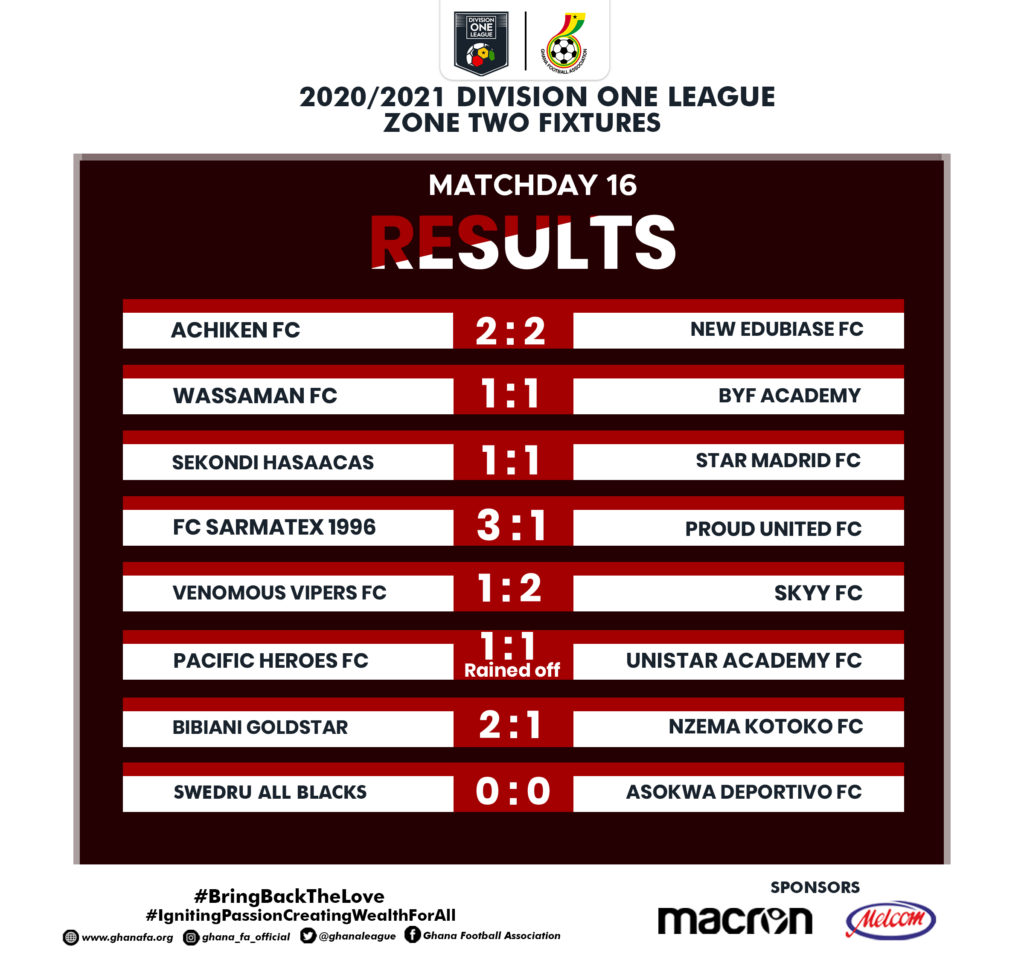