Bibiani Gold Stars kept their place at the top of the table after winning 3-0 against Swedru All Blacks at DUN’S Park on Sunday.

Prince Kwabena Owusu grabbed a brace on the day to increase his goal tally to 18 goals in the on-going campaign.

The swift forward opened the scoring inside 16 to send the partisan crowed agog. He connected a well-constructed free kick into the roof of the net to make it 1-0 for the leaders. Owusu again smashed home the second in the 27th minute before Victor Owusu Ansah added the third in the 79th to put the nail in the coffin of the visiting team.

The win gives Gold Stars a commanding lead in Zone as they sit at the top with 60 points – 10 points ahead of second placed Skyy FC.

The Daboase side also recorded a win on Sunday – they beat Star Madrid 2-1 with star man Francis Oteng Gyatuah scoring a brace.

Meanwhile former Premier League side Sekondi Hasaacas lost 2-1 to BYF Academy at Bekwai. Hadji Saddick scored two first half to give his side all the spoils. With their set on a massive comeback, Hasaacas fought gallantly in the second half and won a penalty which expertly taken by Ibrahim Mohammed Sanah – the midfielder scored from the spot after Benjamin Acquah Mills was brought down in the box. Sanah sent the goalkeeper to the ghost land to the relief of the visiting team but that wasn’t enough to get them a point. 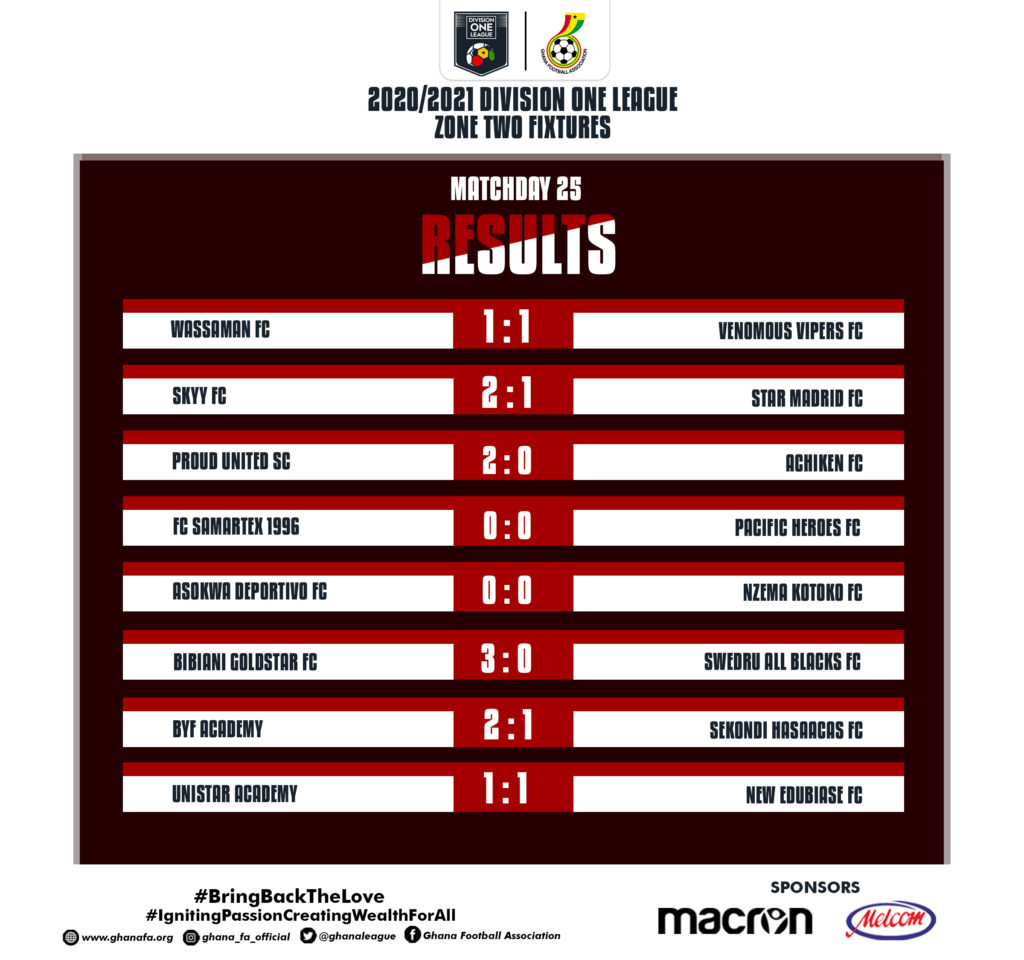