Zone Two leaders Gold Stars kept aloft their dream start to the second of the League after an empathic 3-0 win on match day 17 of the National Division One League at Bekwai on Sunday.

Prince Kwabena Owusu opened the scoring to take his season tally to 13 goals, before Samuel Ofori and Mark Bruce got on target for the Bibiani lads to open a four point gap at the top of the Zone Two table with 40 points.

Second placed Skyy FC who are breathing down the neck of Gold Stars failed to pick maximum points as they were held 0-0 by Pacific Heroes.

In Swedru, Unistar Academy pip Samartex 1-0 with Emmanuel Avornyo to thank for the only goal of the match. 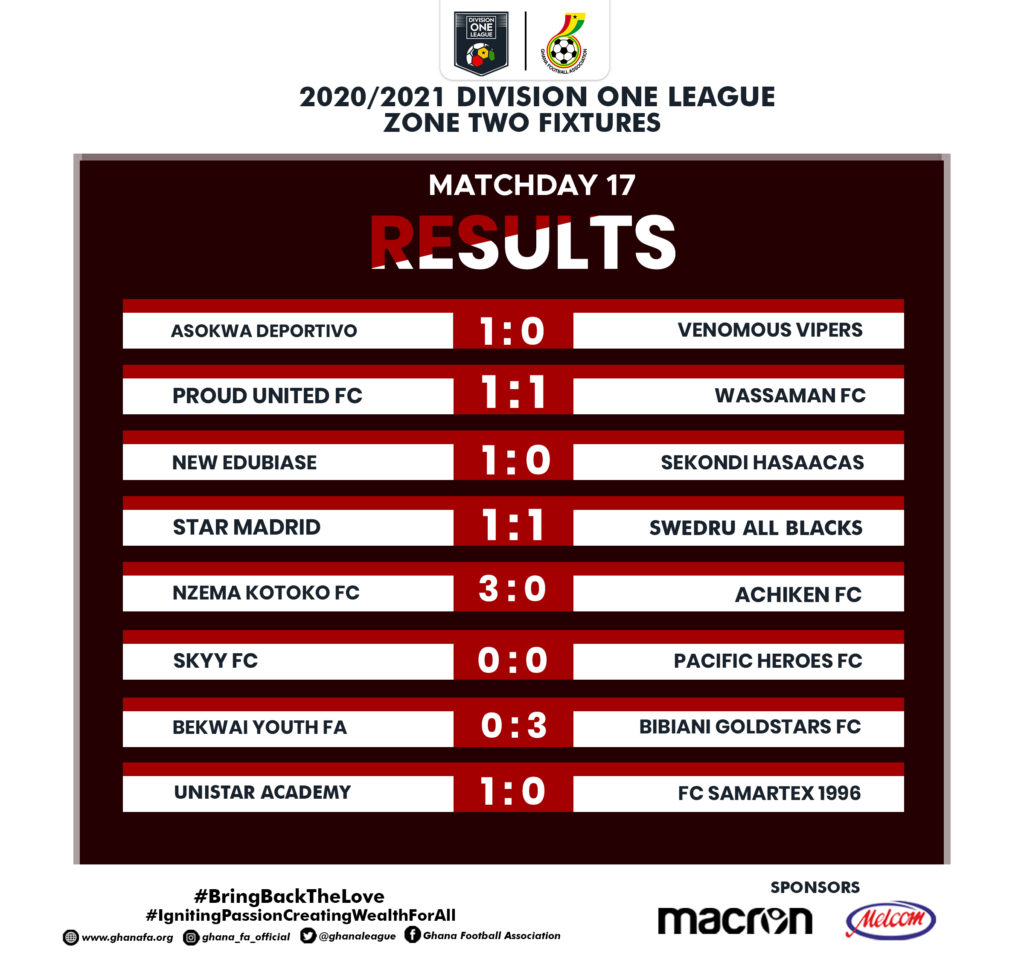