Zone Two champions Bibiani Gold Stars will be crowned champions of the Zone on Sunday after their home win against Wassaman FC at Dun’s Park. The Bibiani lads who have battled for elite football for close to two decades qualified for the Premier League a fortnight ago following a home win against Swedru All Blacks.

Gold Stars sit at the top of the table with 62 – three points ahead of second placed Skyy FC (59) and Samartex 1996 who are in third place with 53 points.

This Sunday presents an opportunity to put smiles on the face of their teaming fans. Coach Kwabena Amisah's side have had to wait to rubber-stamp their latest triumph, on the last day of the season after dropping points and their own slip-ups in the last three matches – that have allowed Skyy FC to close the gap.

With three points separating them, a draw against Wassaman will be enough to secure them the title. 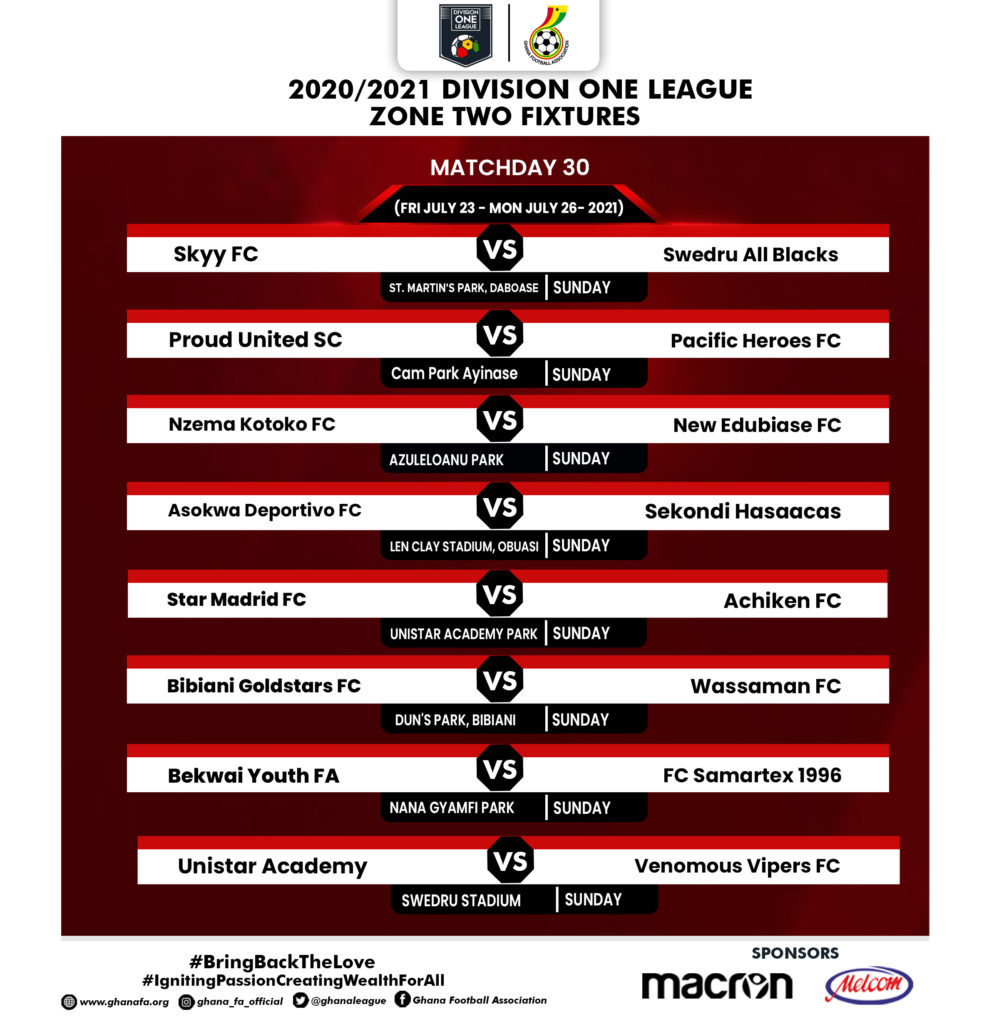