Accra Lions recovered from last week’s dramatic loss to Hearts of Lions to beat Krystal Palace 2-1 on match day 25 of the Division One League at the Accra Sports stadium on Tuesday.

Kelvin Kyei drew the first blood for Accra Lions FC in the 6th minute of the game but Krystal Palace replied through David Asare before the end of the first half. Lions were caught flat footed in the 27th minute after failing to defend a cut back in the box leaving Selorm Klogo to fire into the net for the equalizer.

After exchanges and near misses Salif Rauf scored to make it 2-1 for Accra Lions – restoring their lead for the second time in the game. Rauf was quick to react to Evans Ampofo’s free kick which was spilled by the goalkeeper of Krystal Palace in the 81st minute – his 20th goal of the season. Lions held on to win the game 2-1 – their 15th win in the campaign.

At the Nania Park at Legon, Francis Fiifi Ghartey scored the only goal of the match as Nania FC beat Okyeman Planners 1-0 to jump to 8th place in the Zone three standings with 44 points.

There was a six goal thriller at the Zimmerman Presbyterian Park at Nungua where Danbort FC drew 3-3 with Tudu Mighty Jets. Kwaku Owusu, Henry Kumi and Jonathan Sowah scored for Danbort FC while Jewel Koranteng and Frederick Atatuk netted for Mighty Jets to end the game 3-3. 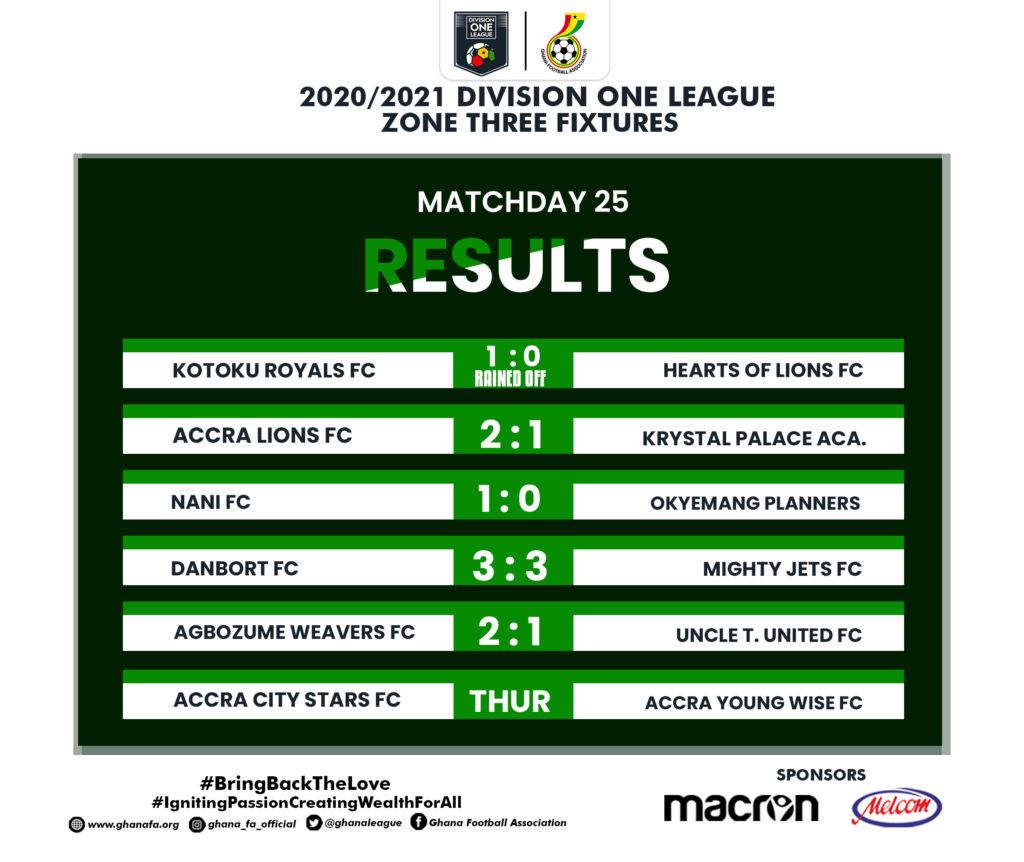