Venomous Vipers will test the might of Bibiani Gold Stars at the Robert Mensah stadium on Saturday. The match day 27 fixture pits the League leaders against the mid table club.

Gold Stars lead Zone two with 60 points while Vipers sits in 13th place with 26 points. With just four games to end the season, the Bibiani based club have a great chance of making their first Premier League appearance.

Gold Stars have shown dexterity and character all season winning 18 – drawing 6 and recording two defeats. Prince Kwabena Owusu is the leading scorer in the Zone with 18 after 26 League matches. Vipers need the points badly to avoid relegation as they sit in 13th place – only one point above the relegation zone.

At Nana Gyamfi Park at Bekwai - New Edubiase United will host second placed Skyy FC on Saturday. Seventeen points separate the two teams – Edubiase are in 4th place with 36 points – while Skyy FC is are in second place with 53 points.

Elsewhere at Azulealanu – Nzema Kotoko will host FC Samartex 1996 in the Western derby. 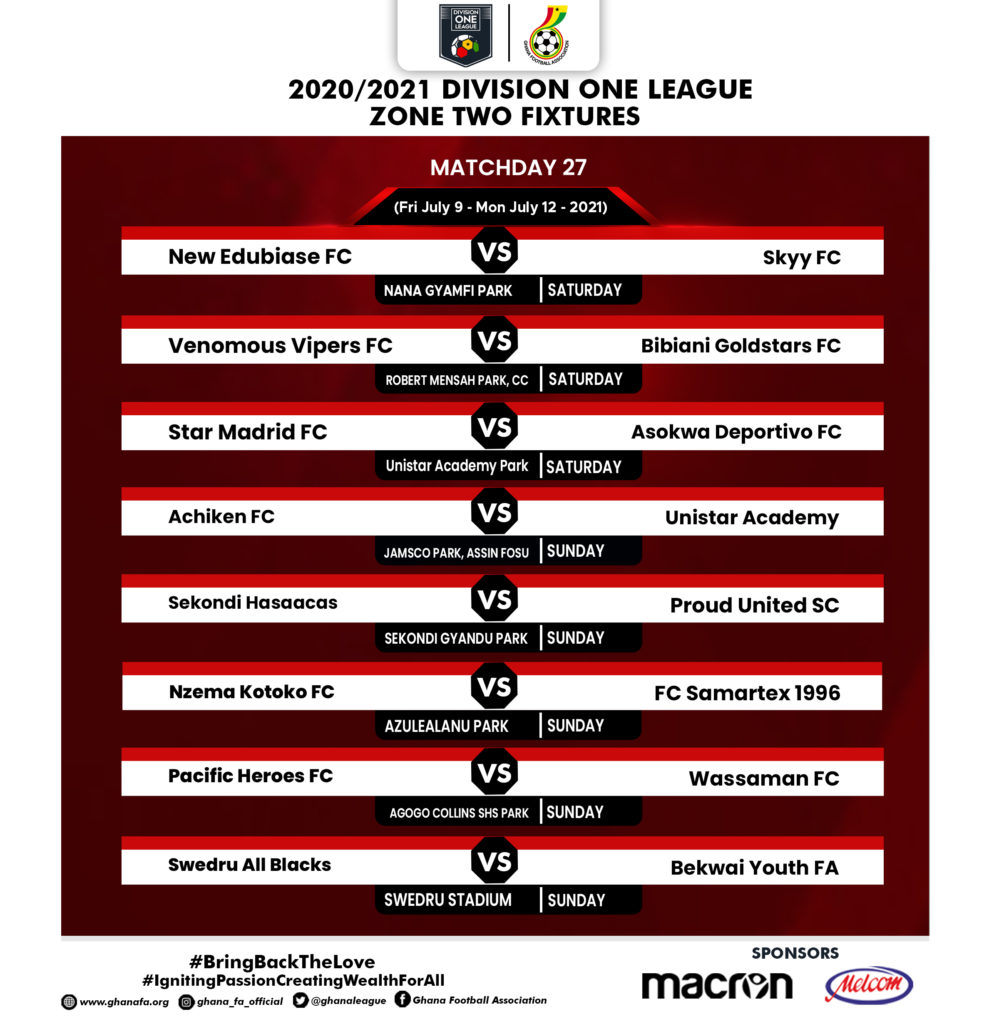