Gold Stars opened a four point gap at the top of the table on Sunday after beating BYF 3-0 in Bekwai.

Prince Kwabena Owusu, Samuel Ofori and Mark Bruce scored for the Bibiani lads to give them three points – to register their 12th win of the season. Gold Stars have not lost a game since the resumption of the League – scoring 26 and conceding 7 in the process. On Wednesday, they come up against Proud United at DUN’s Park.

Proud United are bottom in the table – 27 points behind the leaders and have to work off their socks to beat the home side having won only three matches in the League.

Prince Kwabena Owusu has scored 13 goals in the League and currently lead the top scorers chart in Zone Two.

Sekondi Hasaacas have a home game against Achiken FC at the Gyandu Park at Sekondi. FC Samartex will host second placed Skyy FC at the Samartex Town Park. The two teams occupy the second and third positions in the log. 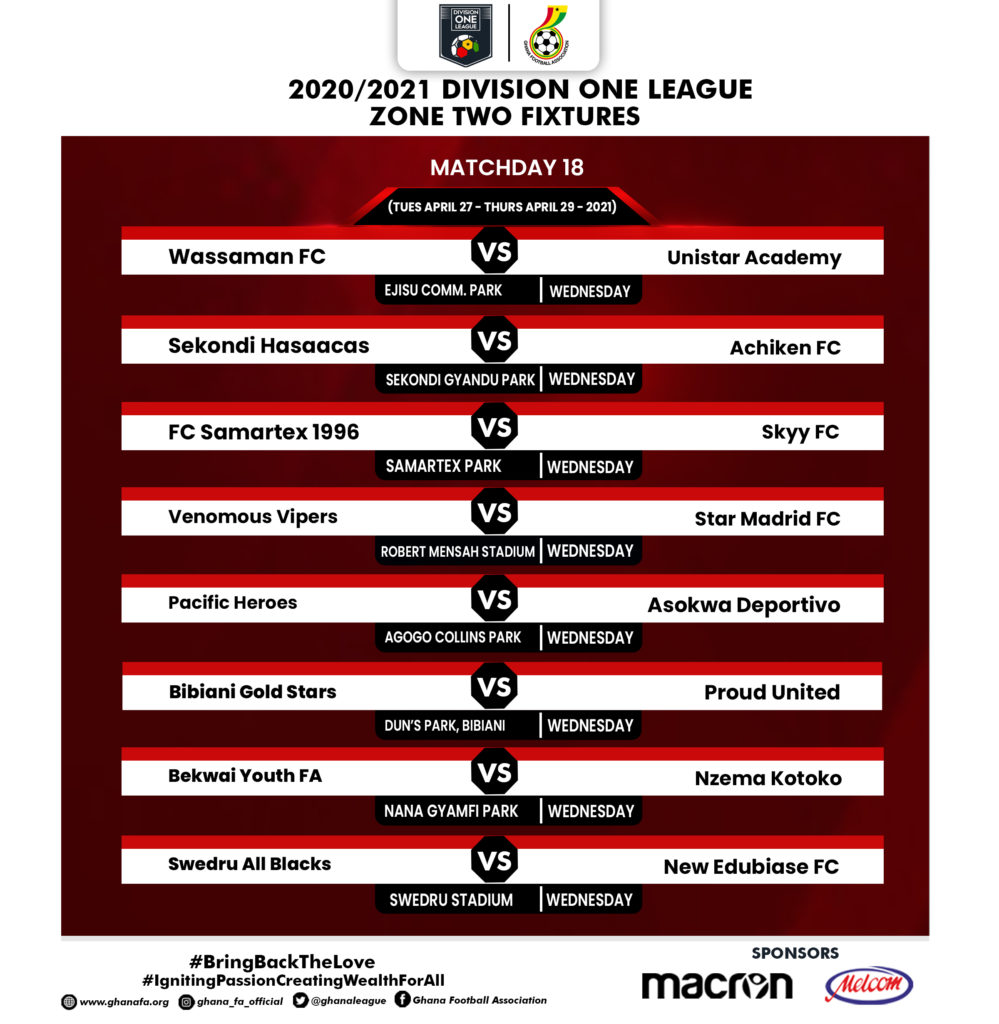