Tema Youth made history on Monday after becoming the only side to hold high flying Accra Lions in the ongoing campaign.

The Tema lads held the league leaders to a 1-1 stalemate at the Accra Sports stadium as the latter (Accra Lions) came from behind to snatch a point.

Accra Lions had gone six games without defeat and sat comfortably at the top of Zone Three with 18 points. Evans Etti who has had super amazing campaign in Zone three was clipped by the Harbour Warriors as they put in a much-determined fight to stop the League leaders.

This weekend, Accra Lions have a chance to get back to winning ways when they take on Mighty Jets at the MATS park at Teshie. On paper, the tie looks a much easier one for the leaders following the inconsistent display from Mighty Jets but it certainly won’t be easy for Lions as Mighty Jets look very formidable at home.

Second placed Kotoku Royals travel to Tema as guests of Tema Youth. The Oda side have amassed 17 points from 7 games and lead their host by two points.

Kotoku Royals kept their home record unscathed when as they defeated Accra Young Wise 2-0 in Oda. Their last visit to Tema ended in a draw as they threw a first lead to draw 1-1 against Mighty Jets.

Heart of Lions will also battle Nania FC at the Kpando park.

Here is what to expect in Zone three: 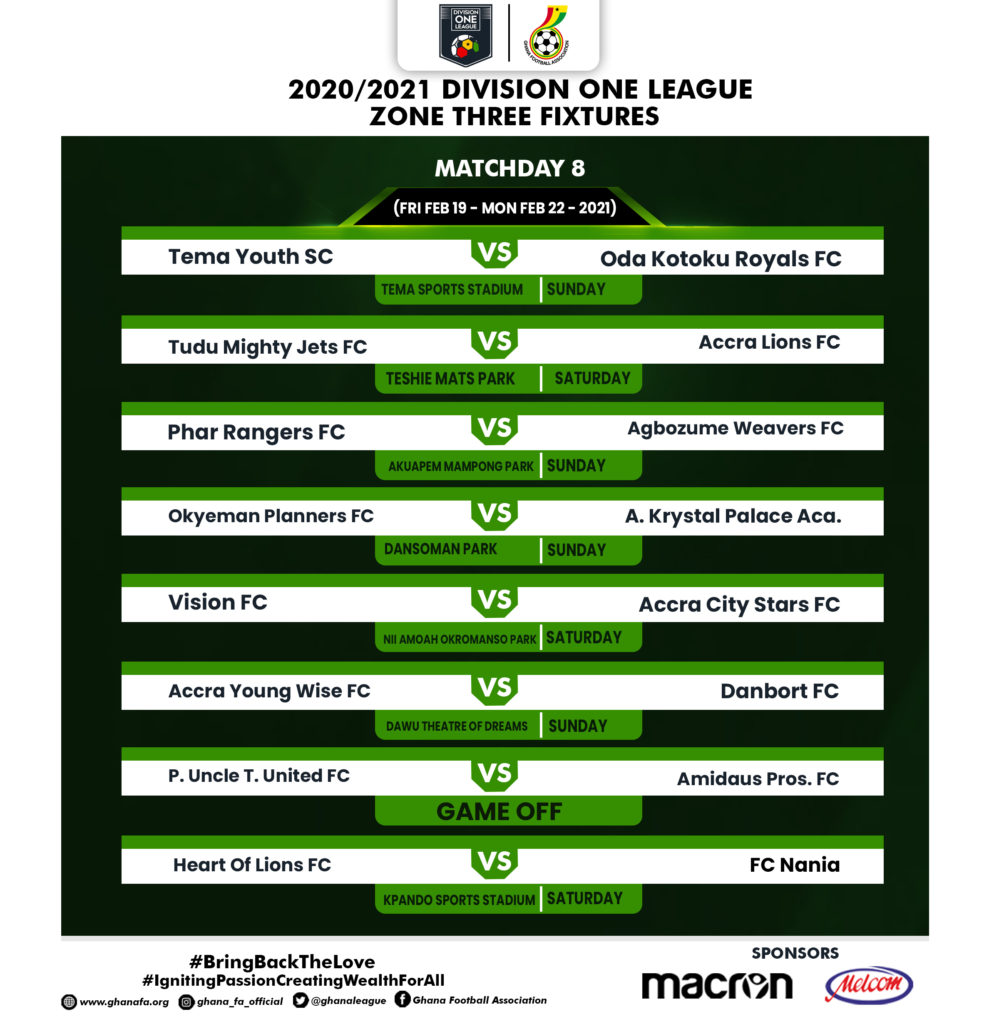