Former Premier League side Berekum Arsenals on Saturday won 1-0 against rivals B.A United in their season opener at the Golden City park. Ansu Kofi Patrick scored the only goal of the game in the 34th minute.

In other news, Hakim, Samuel Norgbey and Raymond Anokye netted for Young Apostles in their emphatic 3-0 win against Nkoranza Warriors. Hakim opened the scoring on the half hour mark before Norgbey and Anokye added the second and third in the 60th and 79th minutes of the game.

Find the full results below: 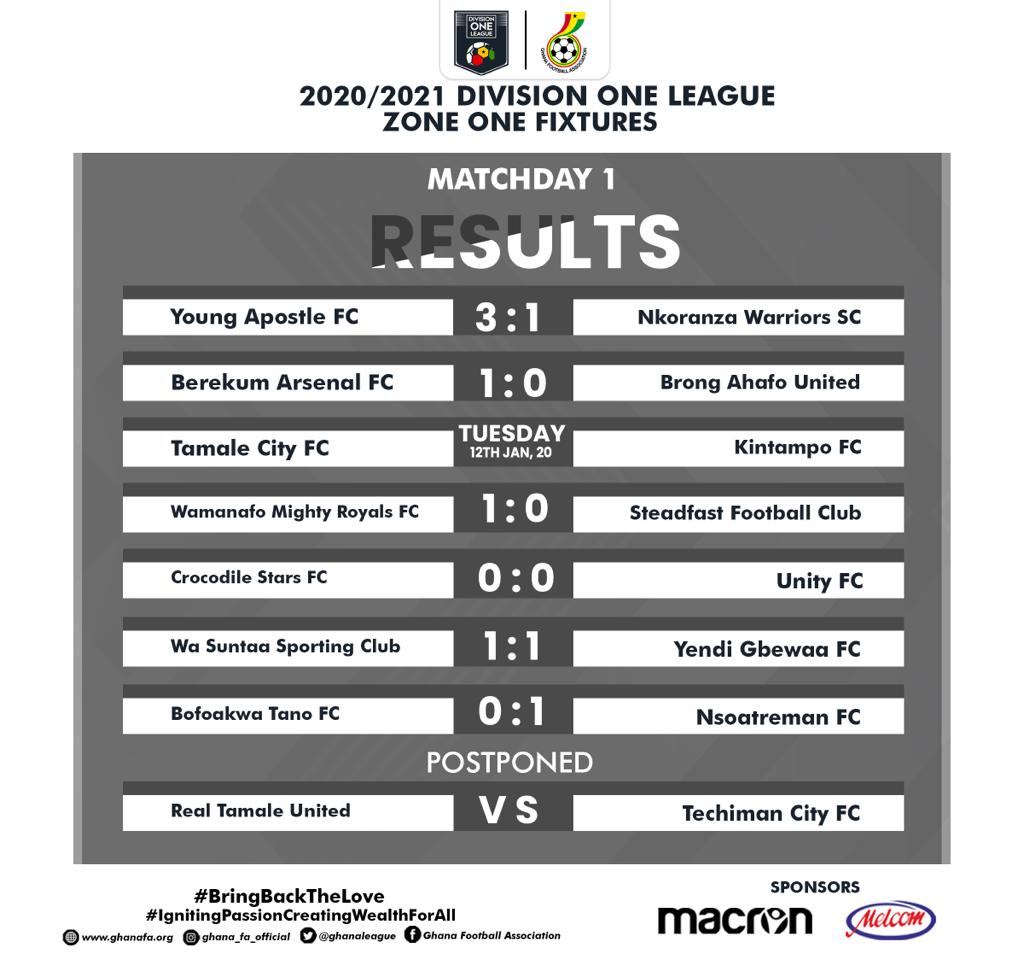