Tema Youth travel to Kpando to take on Heart of Lions on match day 19 of the National Division One League on Sunday.

The two former Premier League sides are battling for Premier League return – but Tema Youth finds themselves in a favourable position than Lions as they lead Zone Three with 40 points – nine points ahead of Heart of Lions who are in 5th place with 31 points.

Evans Osei Wusu scored his 7th goal of the season on Wednesday as Tema Youth powered passed Tudu Mighty Jets 1-0 to firmly hold on to their lead.

Second placed Accra Lions will be at home against Vision FC at the Accra Sports stadium on Monday.

The visitors are in dire need of points to save their season following a disappointing campaign thus far – sitting in 14th place with 16 points – won 2, drawn 10 and lost 6 matches.

Accra Lions striker Rauf Salifu scored his second hat-trick within 5 days to take his tally to 16 goals after 18 Division One League matches.

Phar Rangers who were hammered 6-1 by Accra Lions FC in mid-week have another tricky test against Kotoku Royals at the Akyem Oda Park. 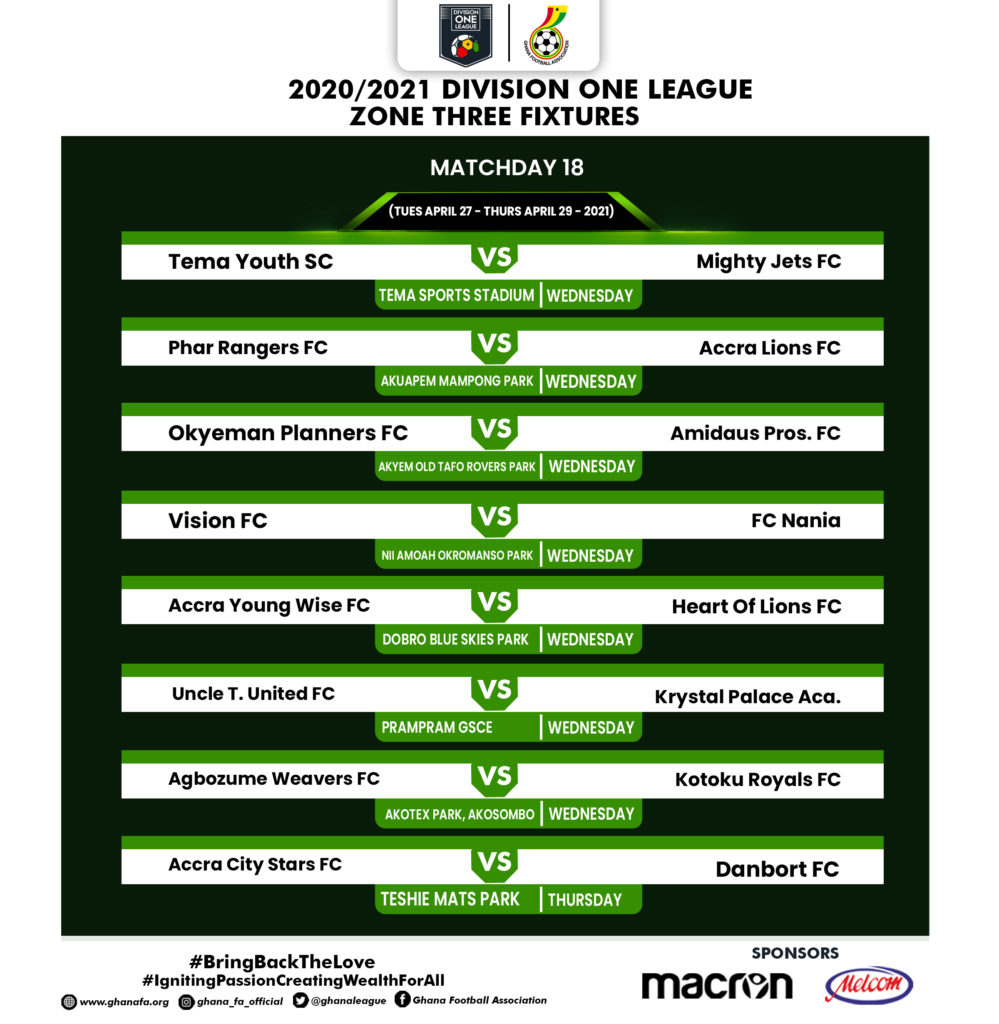