Steadfast FC moved top of the table in Zone One after snatching a point against Berekum Arsenal at the Golden city Park in Berekum on matych day 17.

Ansu Kofi Patrick scored in the second half to cancel Abdul Fatawu Issahaku’s goal to settle the scores at 1-1.

The Tamale side return home to play against second placed Bofoakwa Tano at the Aliu Mahama Stadium. Steadfast FC lead the Zone table with 34 points, level with Bofoakwa Tano after 17 matches.

The visitors climbed to the second place courtesy a 3-0 victory against city rivals B.A United at the Coronation Park on Sunday. This sets up an exciting top of the table clash mid-week in Tamale.

Zone One Fixtures for Match day 18: 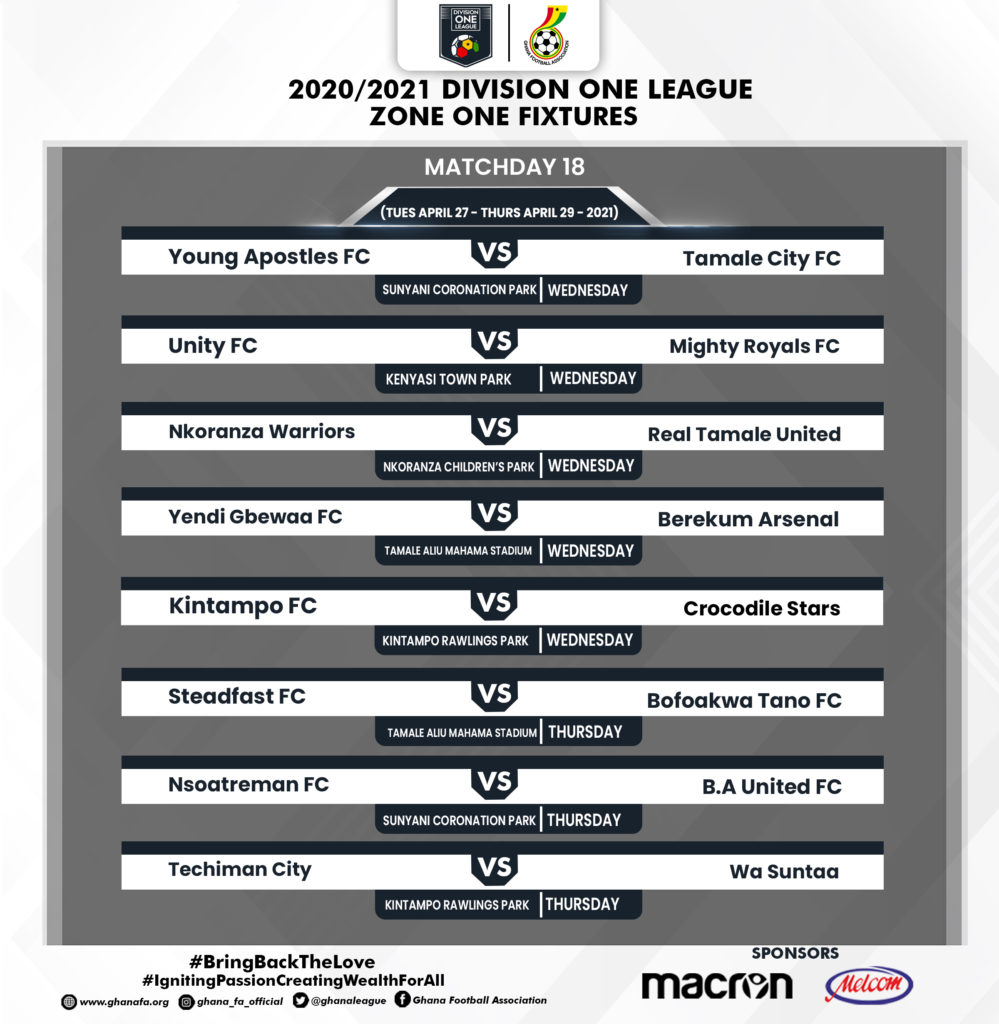