The Division One League resumes this weekend after going on a one week break following the completion of the first round. The first round of the season ended a fortnight ago with Gold Stars finishing as table toppers on Zone Two.

The competition for Premier League slot is getting keener by the day with Gold Stars, Skyy FC, Samartex, New Edubiase United and Sekondi Haasacas are all capable of making it to the elite Division next season.

League leaders Gold Stars who won 10 games and drew 4 in the first round would push for a smooth take off in the second round when they take on Nzema Kotoko at Dun’s Park at Bibiani on Sunday.

They lost only one match and drew one of the 7 games played at home to keep a firm grip of the top spot in Zone Two with 34 points, two points richer than Skyy FC who finished the first round with 32 points.

Striker Prince Owusu scored 12 goals from 15 matches – a record that took him to the top of the top scorers chart in the first round.

Venomous Vipers have a date with Skyy FC at the Robert Mensah stadium in Cape Coast. While Samartex battle Proud United at Samartex Park at Samraboi.

Fixtures at a glance: 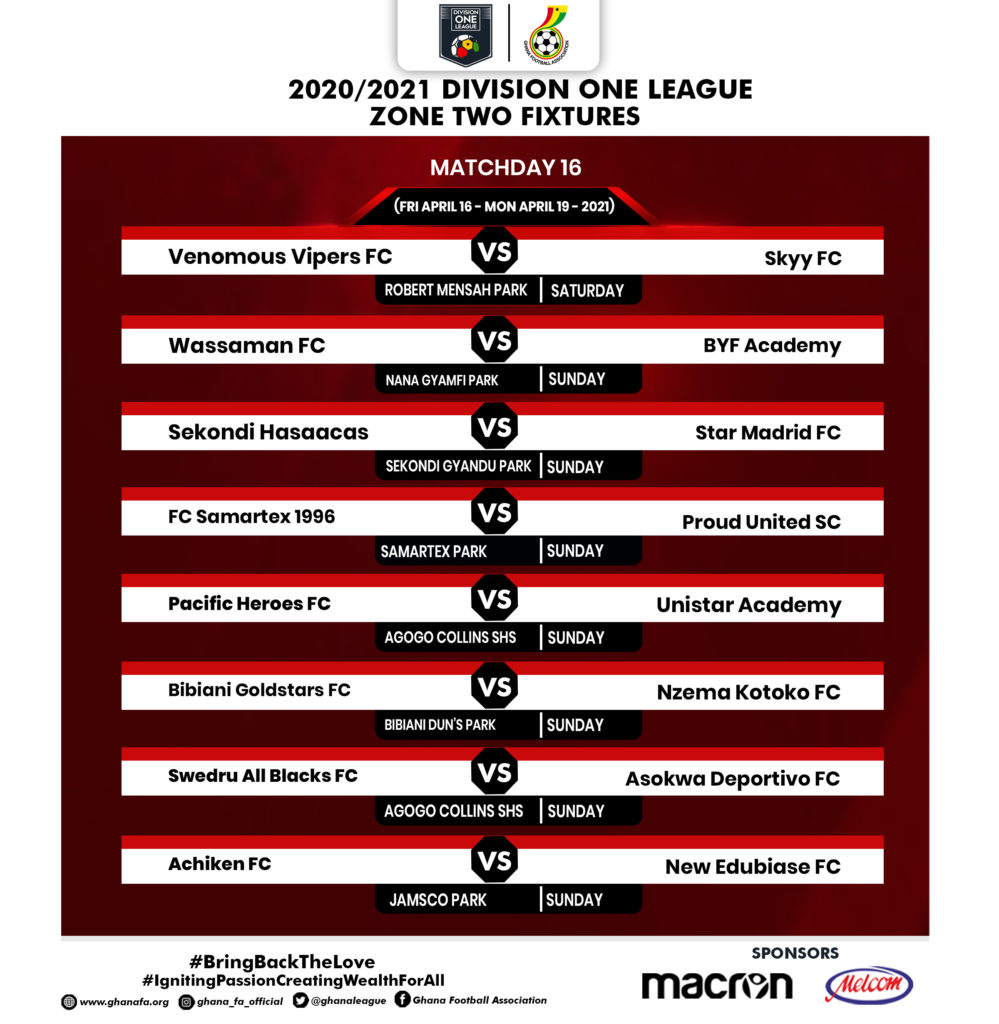