Dates & Venues for MTN FA Cup Round of 16 matches

The FA Cup Organising Committee has announced the dates and venues for the upcoming MTN FA Cup Round of 16 games.

On Saturday March 26, Tamale City will welcome Young Apostles to the Aliu Mahama Stadium while Legon Cities host Dreams FC in an all Premier League tie at the Accra Sports Stadium.

Six other fixtures will be played the following day with the topliner being the clash between reigning Champions Hearts of Oak vs Elmina Sharks at the Accra Sports Stadium.

Round of 16 promises to be exciting as winners from the stage of the competition will advance to the Quarterfinals stage.

Below are the full fixtures for the Round  of 16: 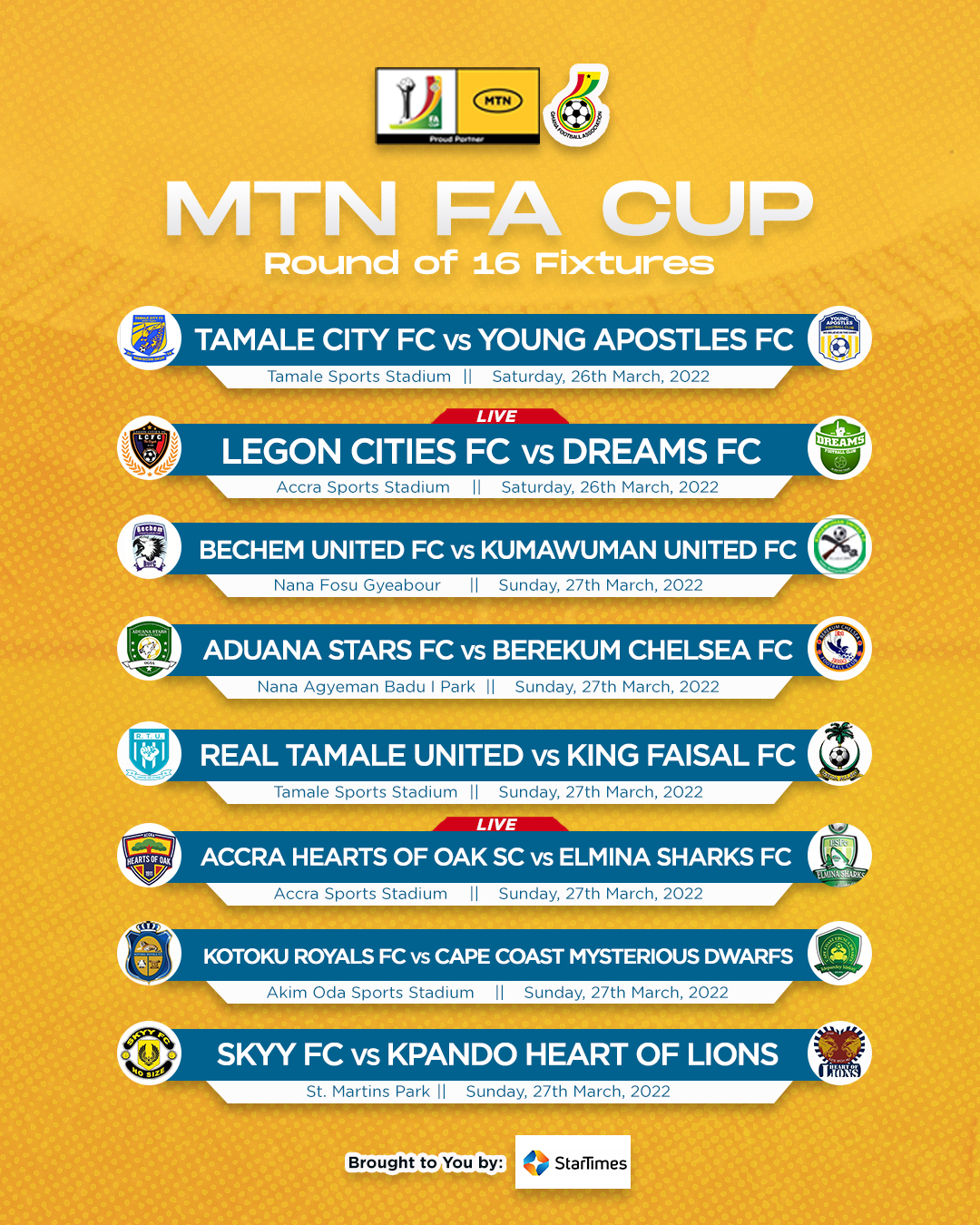