Mr. Simoen-Okraku was joined by former Ghana Captain Stephen Appiah and Ibrahim Tanko, Coach of the home-based Black Stars for the distribution. 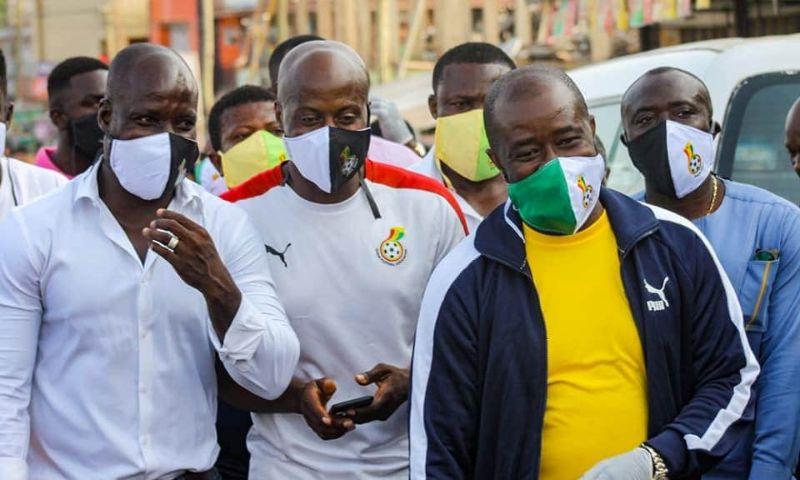 Chairman of the Greater Accra Regional Football Association, Samuel Aboabire organized the entire exercise as would be done regionally by each of the remaining RFA Chairmen across the country.

It would be recalled that on Friday, July 24, 2020, the Black Stars donated Personal Protective Equipment (PPEs) and assorted items worth one hundred thousand Ghana Cedis (GH¢100,000) to the Ghana Football Association to be distributed to Ghanaians as their contribution to the fight against COVID-19.

The other RFAs will distribute theirs in the coming days. Former and current players, Club Administrators and some club owners will do same across the 10 football regions for and on behalf of the Black Stars.