The Black Princesses held their first training in San Jose after arriving in the host nation for the FIFA U-20 Women's World Cup, on Tuesday.

Head Foach Ben Fokuo had a full compliment and fully fit squad to train with without any injury concern.

The training which was Ghana’s first training on Tuesday, August 2 lasted for an hour and half as the team put final touches to their preparation ahead of the tournament.

Ghana will play a low profile friendly match in Costa Rica before the tournament kicks off on Wednesday, August 10, 2022 with the Princesses set to face the United States of America, the Netherlands and Japan. 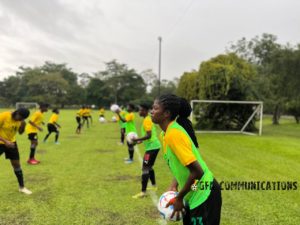