The betPawa Premier League will make way for the Round of 32 of the MTN FA Cup this weekend as matches in the Cup competition are scheduled for January 20-22, 2023 across centres.

Defending Champions Accra Hearts of Oak will play Dreams FC at the Accra Sports stadium on Sunday, January 22 while Accra Great Olympics host Legon Cities in an all Premier League tie on Saturday.

Third tier side Benab FC will locks horns with Asante Kotoko at the Baba Yara Sports stadium at 6pm on Friday, January 20, 2023.

League Champions Asante Kotoko will host Kotoku Royals at the Baba Yaa Sports stadium when the Premier League resumes on the weekend of 27-29 January 2022.

Top of the pile will be at Akoon Park in Tarkwa where Medeama SC battle Accra Hearts of Oak on Saturday, January 28, 2023.

Below are the fixtures for Matchday 14 and 15 of the betPawa Premier League: 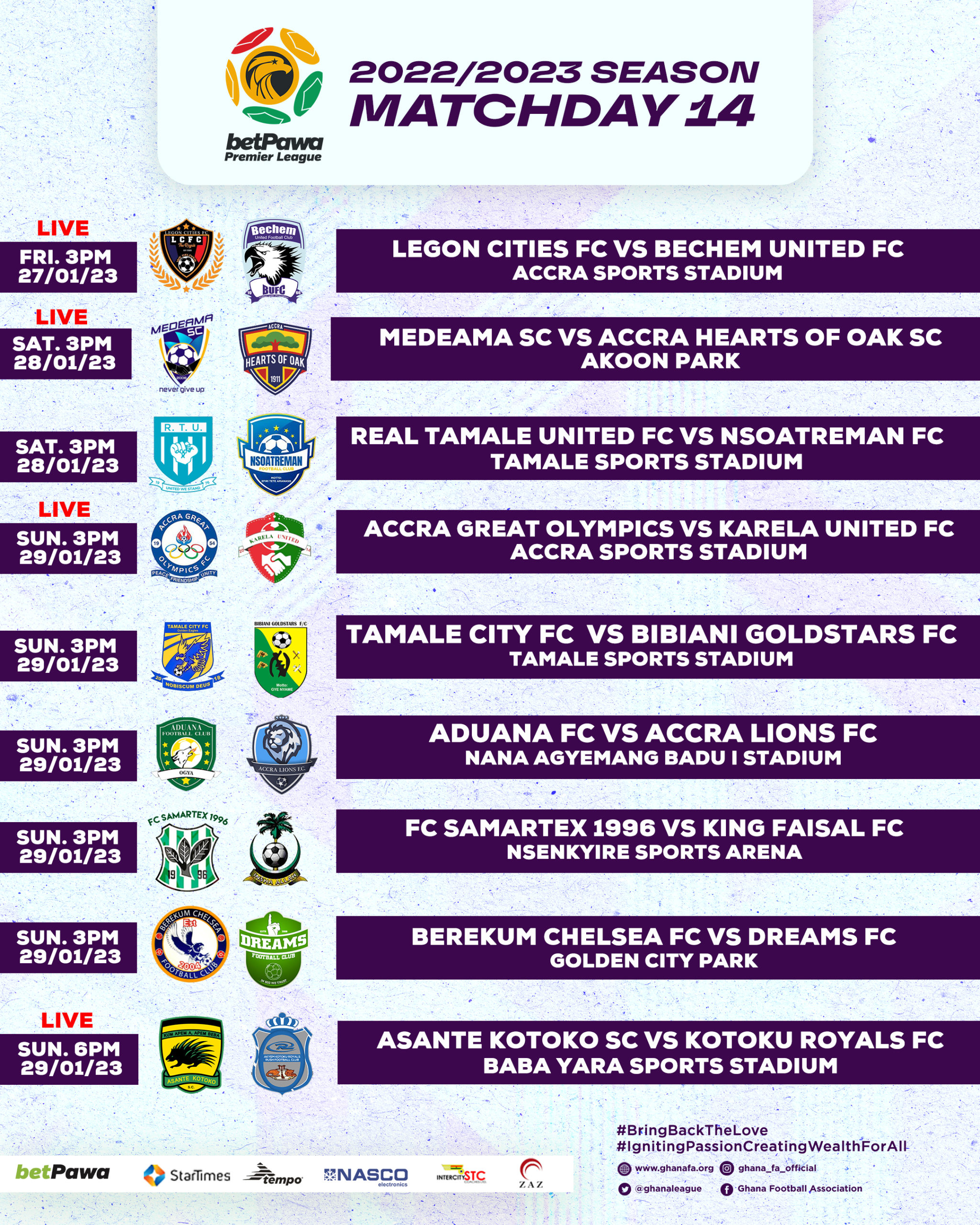 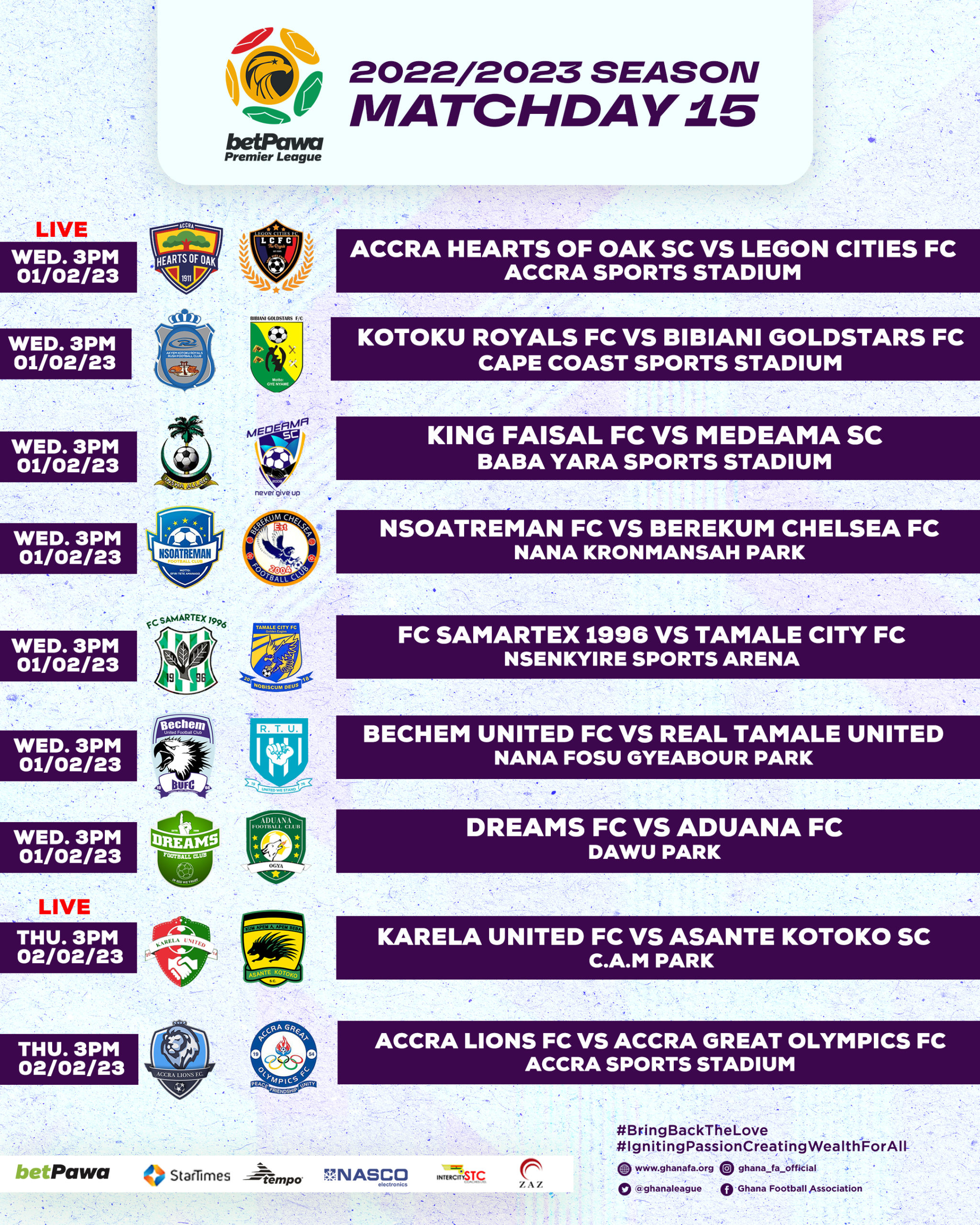