Berekum Chelsea will aim to maintain their home invincibility on Sunday when they take on Inter Allies at the Golden City park in Berekum.

They are always a tough customer at home, and this season, they have managed to pick one win, two draws in games against Asante Kotoko (1-1), Liberty professionals (1-0) and Aduana Stars (1-1).

The former Ghanaian champions sit in 15th position on the League log, one place above the relegation zone and a win against Inter Allies will save their season.

Chelsea have netted only five goals in 7 games, despite possessing the likes of Emmanuel Clottey, Stephen Amankona, Stephen Sarfo and youngster Mohammed Gouni in their set up.

In midfielder they also have Jordan Opoku, Augustine Hene, Collins Ameyaw and Isaac Yeboah. Their defensive record in the season is also unimpressive as they have leaked 8 goals in the ongoing campaign.

For Inter Allies, their poor away record leaves the technical team in an unstable situation having lost all three games on the road. 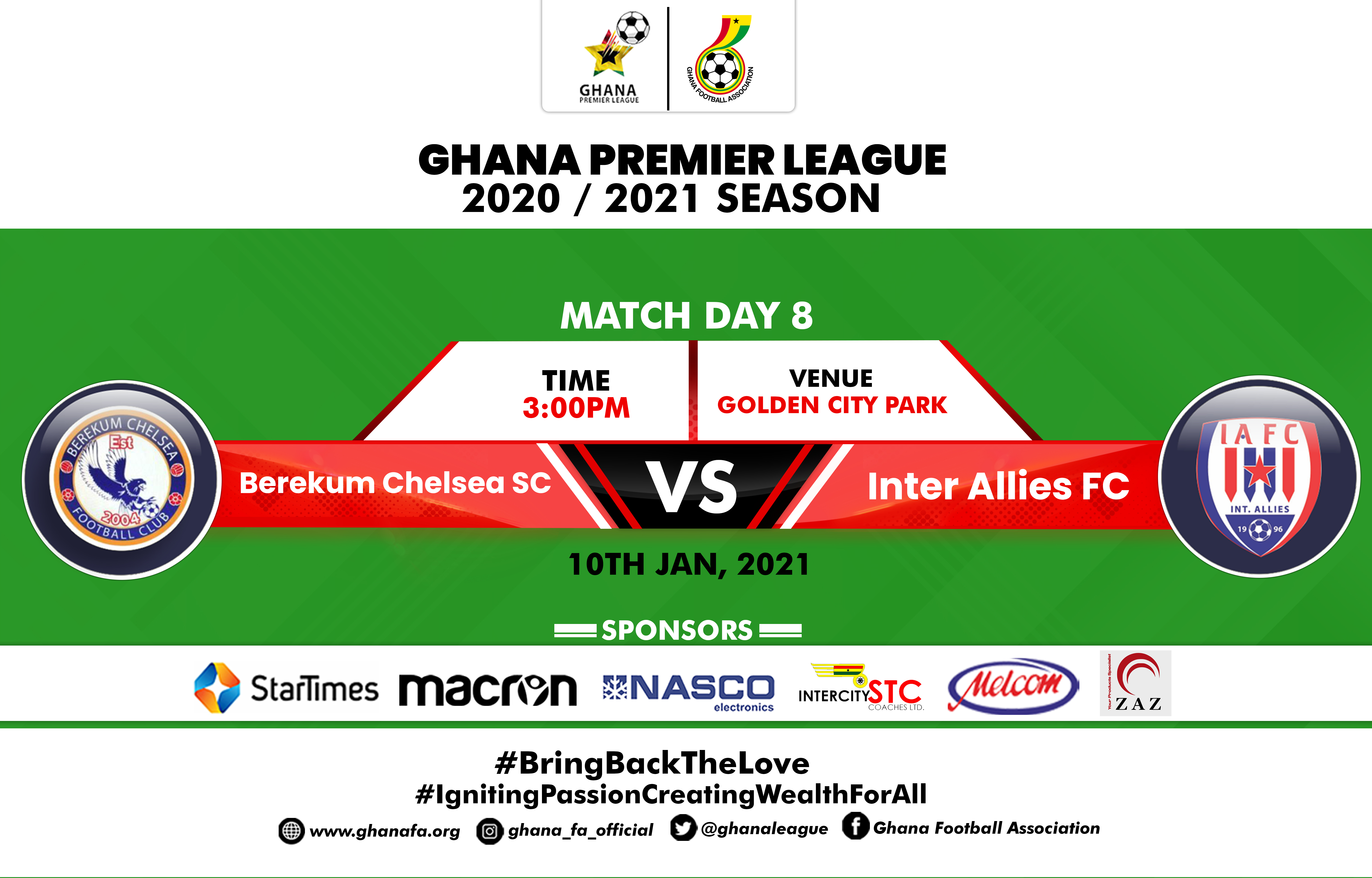 They ended their three-game winless run-on Sunday following a 1-0 win against Techiman Eleven Wonders in Accra.

Berekum Chelsea will start the game as favourites but Inter Allies can pull a surprise at the Golden City park.