The Hunters began the campaign with an impressive record playing after 7 games without defeat. They opened a commanding lead at the summit of the table until last Sunday’s embarrassing 6-1 loss to Accra Hearts of Oak.

They began their campaign with a 1-1 draw against Liberty professionals in an away fixture and went on to win four games and one draw in the process. 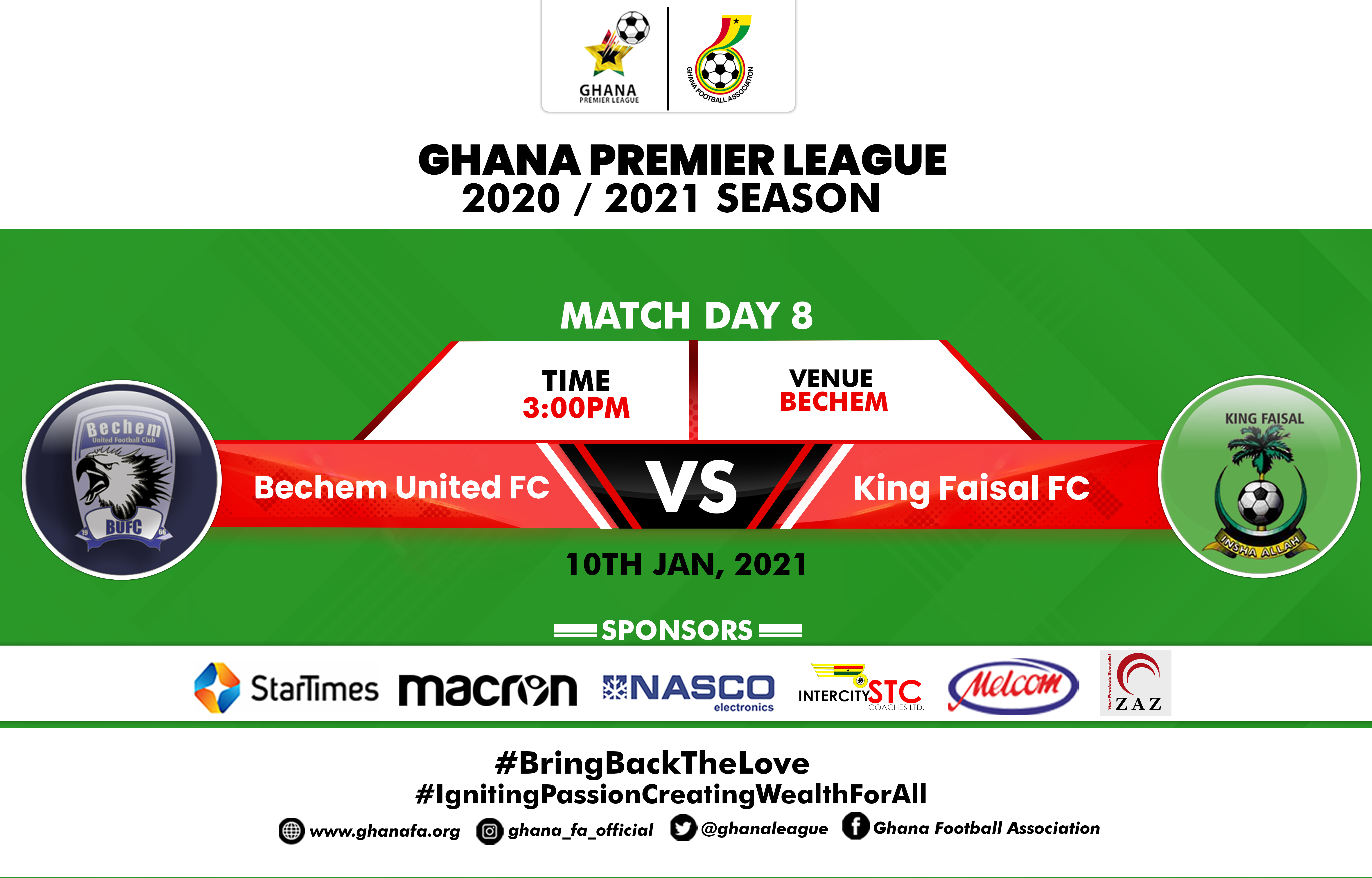 They have an impressive home record picking all points against WAFA, Karela United and AshantiGold SC.   Left back Emmanuel Asante will miss the game after picking a red card against Hearts of Oak on Sunday.

Striker Prince Adu Kwabena is in contention for his first start of the season after recovering from an ankle injury. The 'Insha Allah' lads are yet to record a win in an away game in ongoing the 2020/2021 league season after losing all three away games.

They currently sit 17th on the league log with 5 points and will like to improve their away record on Sunday against the 'hunters'.

King Faisal and Bechem United have similar records in the Ghana Premier League, having met three times, winning a game apiece and drawing one.