Bechem United beat Inter Allies to push them further down

Bechem United scored two first half goals to beat Inter Allies 2-1 on match day 22 of the Ghana Premier League at Bechem on Sunday.

The defeat deepens the woes of Inter Allies who are languishing at the bottom of the table – 18th with 16 points after 22 matches.

Inter Allies got the first shot on target in the third minute when through Nafiu Sulemana but Bechem United shot stopper Prince Asempa was equal to the task as he ensured that the ball would not get to the back of the net.

The Hunters broke the deadlock in the 30th minutes through Salifu Moro after he calmly put away a penalty kick for the opener.

Andy Okpe and Richard Arthur combined beautifully for Inter Allies with a fine team move – but Andy Okpe’s flicked pass to Richard Arthur was well read by goalkeeper Isaac Asempa who came out to weather the storm.

Three minutes before the break, Bechem United doubled their advantage when Hafiz Wontah Konkoni found the back of the net.

Allies managed to pull one back in the 68th minute when defender Hashmin Musah forced Doumbia to score an own goal.

Inter Allies are rooted at the bottom of the 18 club League competition with 16 points after 22 matches, whiles Bechem United have climbed to 7th with 33 points. 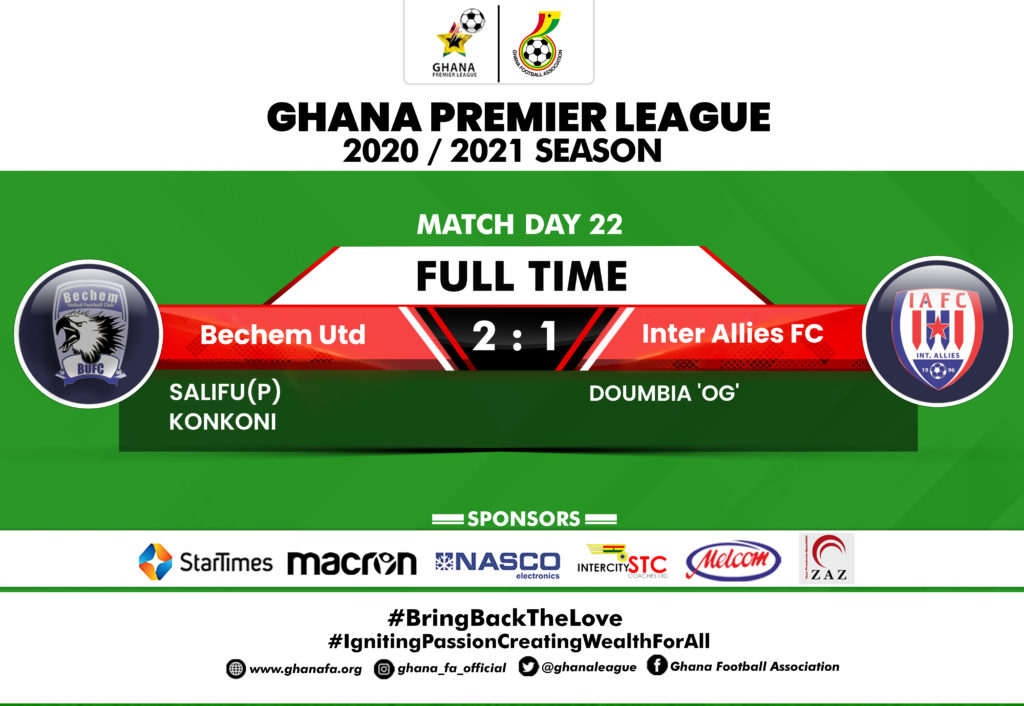