Black Stars captain Andre Ayew on Thursday, November 12, sparkled at the Cape Coast stadium to hand Ghana a 2-0 win over Sudan in a 2021 Africa Cup of Nations Qualifier.

Ghana went into the game as favorites despite missing the services of some key figures for the match. 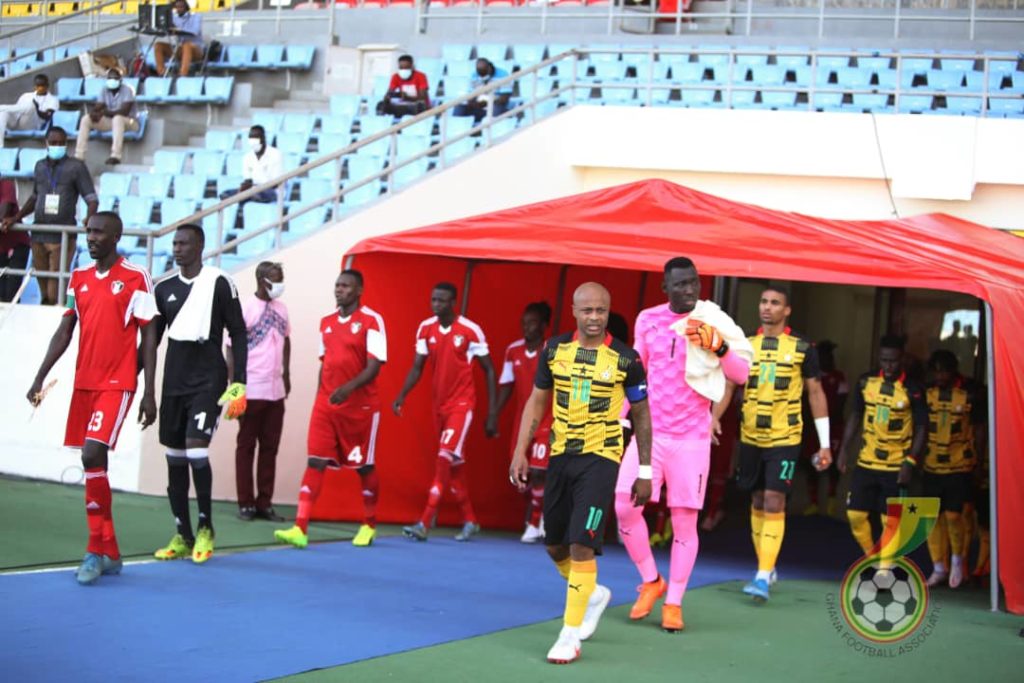 Coach Akonnor named a blend of experience and fresh players in his starting line up giving young, Christopher Nettey the opportunity to start at right back. Strasbourg defender Alexander Djiku and Brentford winger Tariqe Fosu were handed starts in their first competitive game on an African soil for Ghana. 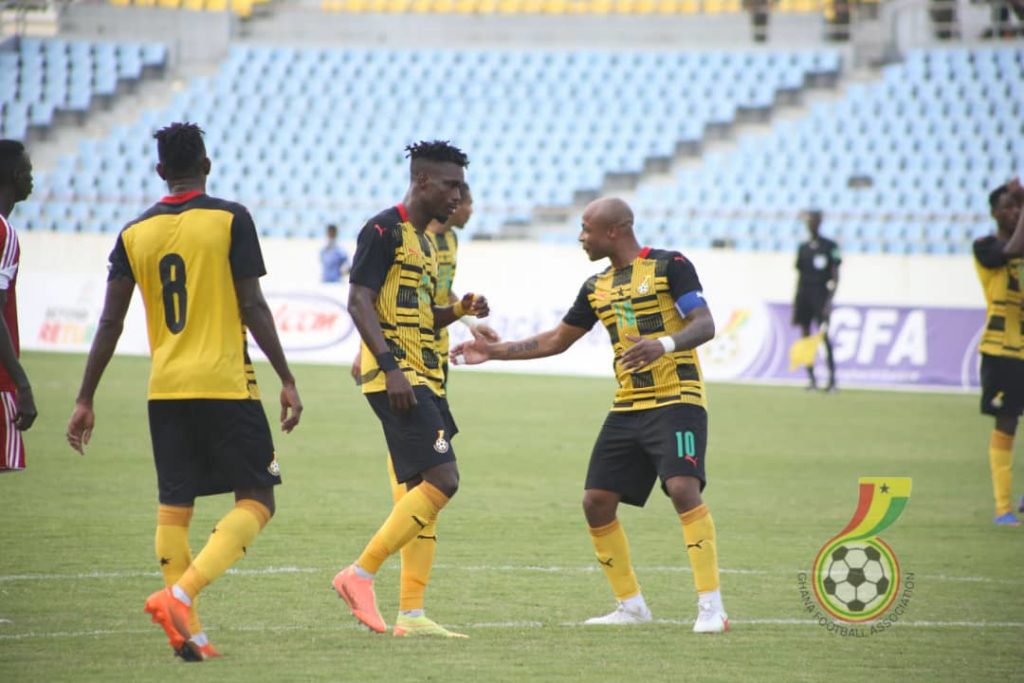 Former Dreams FC midfielder, Emmanuel Addoquaye Lomotey was given a huge task of playing in place of the injured Thomas Teye Partey and the Reims player took his chance and put in a good game.

In the end, it was Captain Andre Ayew who led by example by scoring two amazing goals to hand Ghana a 2-0 win at the Cape Coast Stadium.

The Swansea City man romped to a scintillating curler from the edge of the box in the 19th minute to give Ghana the opener, after Samuel Owusu had drawn a foul from Sudan defender Mohammed Elmashed Mahmoud.

Before the opener, Ayew had come close with an effort which should have been connected by his younger brother, Jordan, following a brilliant move started by Tariqe Fosu on the left side of Ghana’s attack.

Sudan also troubled the Ghana defence a couple of times through danger man Mohammed Abdel Rahman, but the central defensive pair of John Boye and Alexander Djiku did well to keep them at bay.

Ghana, nearly increased the tally at the half hour mark after Tariqe Fosu weaved in a pass to Samuel Owusu who was denied by Sudan goalkeeper Ali Abdallah.

Ghana’s hard work paid off in the 45th minute after Andre Ayew headed home a Tariqe Fosu cross from the left side but that goal was disallowed by Senegalese referee Maguette Ndiaye to keep the score line at 1-0 at half time.

Both sides came back from the break determined to make the best of the half, but it was Ghana who threatened first after Tariqe Fosu fired from the flank in the 54th minute.

Abdel Rahman came close once again but his low header rolled out slowly across the face of goal.

Ghana Coach C.K Akonnor tweaked his team a little bit by bringing on Caleb Ekuban for Samuel Owusu and Nicholas Opoku for Christopher Nettey in the 63rd and 69th minutes respectively.

Ekuban immediately sent Jordan Ayew through, however the latter's one-two with the Trabzonspor forward was cleared by the Sudan defence.

With nine minutes of play remaining, captain Andre Ayew then produced magic after taking on two defenders on the edge of the box before unleashing an absolute thunderbolt into the roof of the net to make it 2-0 for Ghana.

The fans should have been in the stands to roar to that belter. It’s a shame that the game was played behind closed doors.

At that point the game looked beyond the visitors as the Black Stars bagged another three points to strengthen their grip at the top of the Group C table.

The team will travel to Khartoum on Sunday for the reverse fixture, scheduled for the national stadium on Tuesday, November 15, 2020.

Ghana thus maintains the top spot in Group C with 9 points from three games, scoring five goals and conceding none.