Our Coach Charles Akonnor has named Daniel Amartey in the starting line-up for Tuesday evening’s International friendly against Morocco. The Leicester City player brings to an end - a four year absence from International football due to an ankle injury.

He returns to the team after ending the season on a high as he played a key role in Leicester city’s English FA Cup winning feat - Amartey will partner Nicholas Opoku in central defence.

Also in the line-up is Russia based Joel Fameyeh. The former Asokwa Deportivo man will operate from the wings with Samuel Owusu. Ajax star Kudus Mohammed will play behind Jordan Ayew while Baba Idrissu and Emmanuel Lomotey sit in front of the back four.

Ghana will play the Atlas Lions of Morocco at the FAR Sportive stadium.

The two teams will use the game to prepare for the 2022 FIFA World Cup qualifiers that is set to take off in September.

The match is scheduled for 7pm kick off in Rabat, Morocco. 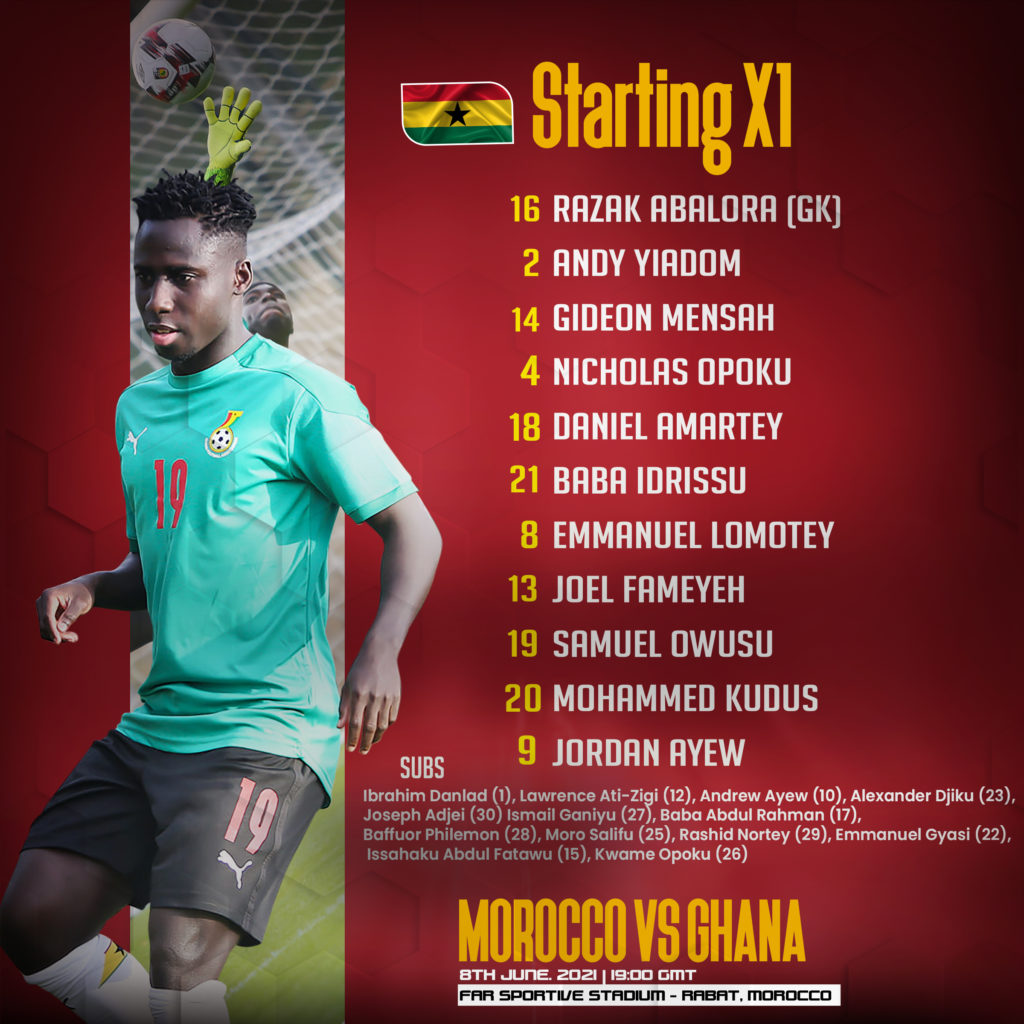