This was disclosed after a successful draw held on Monday, June 20 at the Regional Secretariat in Ho to determine the groupings and fixtures of the week long competition.

Former Division one side Roberto FC have been paired along side Vora Sporting Club, Agbogba FC, and Nkwanta Young Desert Warriors in group A.

The Eight teams emerged winners of their various zones after months of competitive Zonal League across Volta and Oti Regions.

The Middle League will be played at the Ho Sports Stadium and will be Live on ExTv Gh, Avenor Tv and all social media handles of the Volta Football Association.

The winner of the middle League joins Kpando Heart of Lions and Akatsi All Stars in the second tier of Ghana Football, the first time 3 teams will compete in that Division in the Volta region. 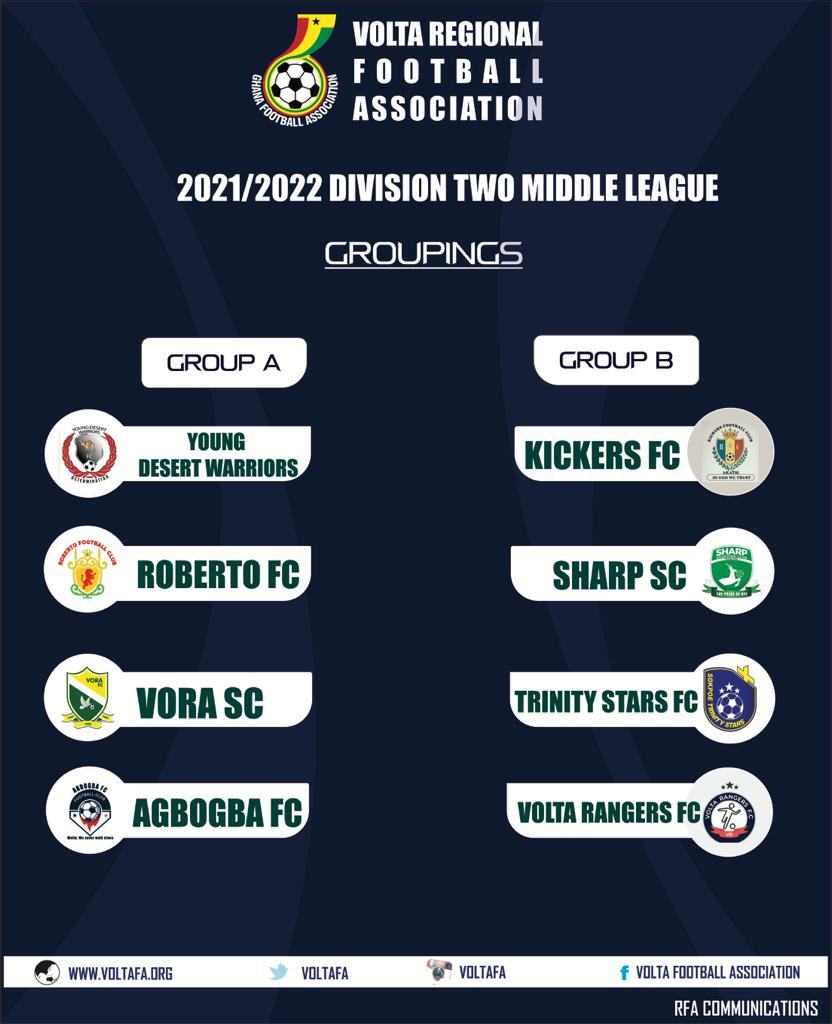