New Edubiase United will host Skyy FC on Mactch Day Two of the Access Bank Division One League at the Obuasi Len clay Stadium. The former Premier League giants lost their first game of the season ton Basake Holy Stars and will be chasing their first three points at home whiles Skyy FC fight to maintain their smooth take off after picking all the points against Ebusua Dwarfs in week one.

Ebusua Dwarfs after losing their first game of the season will be playing Nations FC at the Robert Mensah Sports Stadium. The visitors (Nations FC) are coming into the game fresh from their 3-0 victory against Swedru All Blacks whiles Dwarfs will be aiming for their first three points of the season.

At Gomoa Fetteh - WAFA SC will play against Asekem FC after drawing against Future Stars in week one. Asekem FC also drew their first game of the season at home.

Here are the fixtures for Match Day Two: 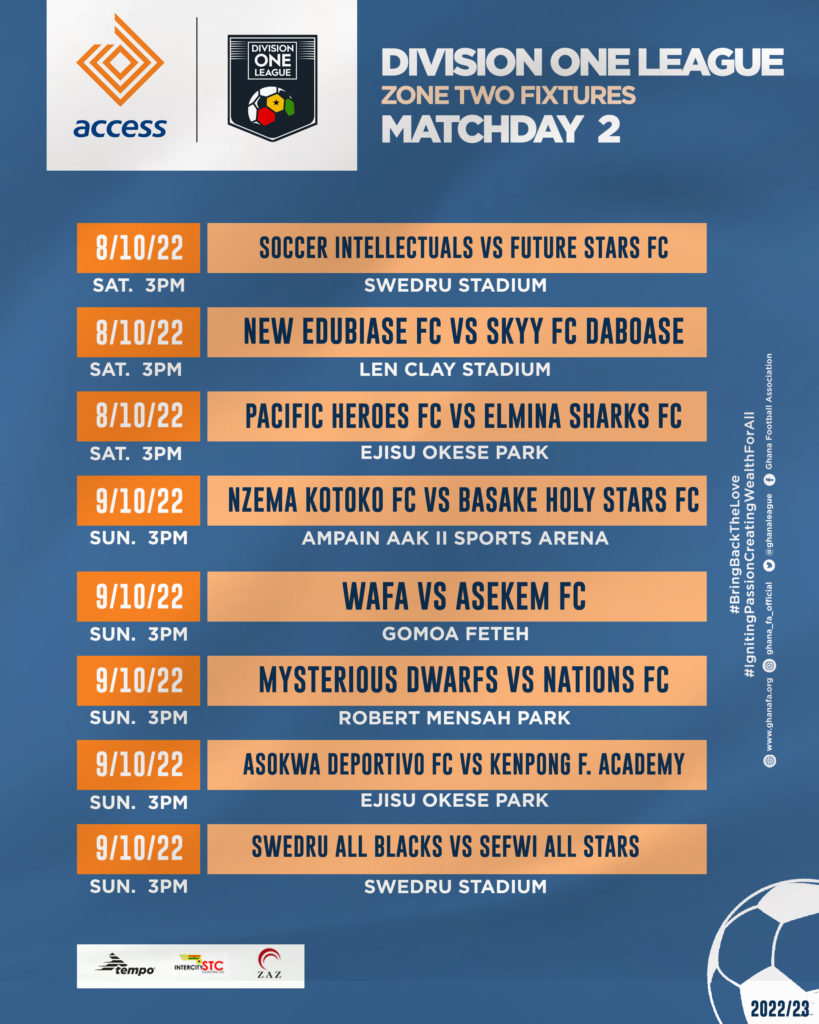