Nzema Kotoko beat Basake Holy Stars 2-0 to gain their first three points of the season. Franklyn Osei continued his form from last season by scoring yet again at home – this time the match winner after Seth Osei’s opener.

In Cape Coast - Ebusua Dwarfs scored two goals in the first half to beat Nations FC 2-0 at the Robert Mensah stadium. Meshach Nyarko and Richard Addai got the two goals for Mysterious Ebusua Dwarfs – their first of the season after losing 2-1 to Skyy FC on the opening weekend.

Newly promoted Kenpong Academy picked a vital away win as they secured a 1-0 win against Asokwa Deportivo. Derrick Yeboah Siaw's goal was all they needed three points.

Here is the full results for Match Day Two: 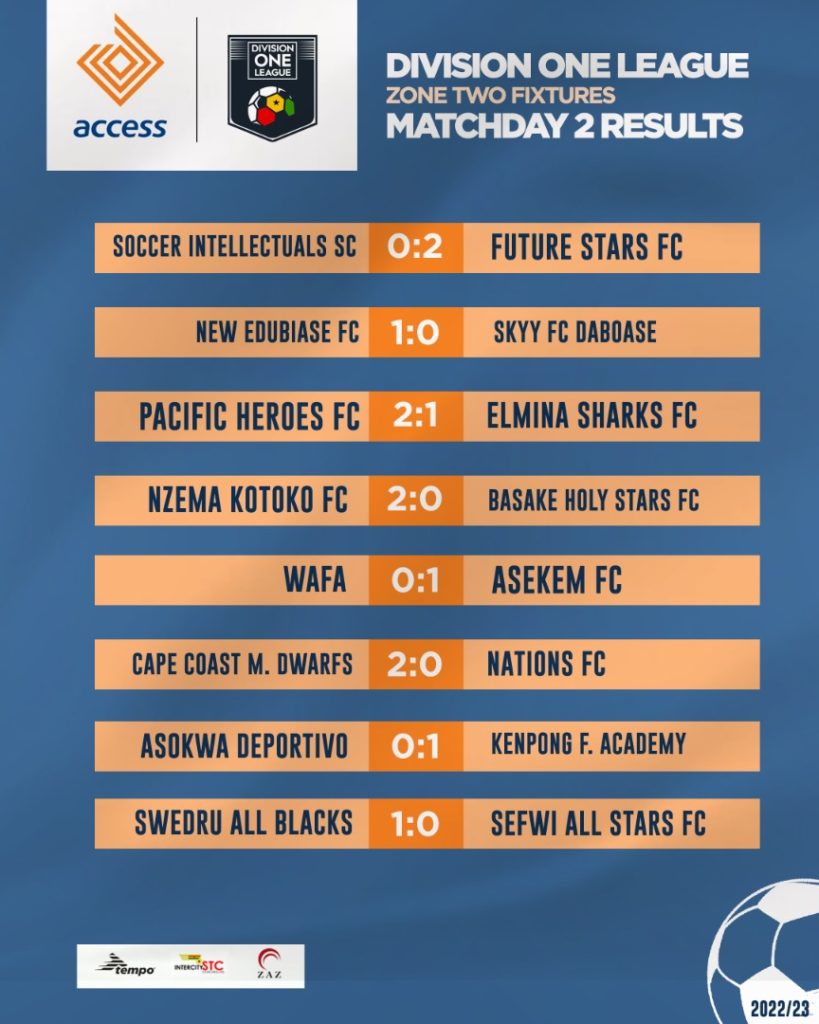