Great Corinthians Juniors will play Tamale Real Republicans in the final of the 2nd edition of the KGL Foundation U-17 Inter Club Champions League on Saturday. The two brilliant juvenile sides defeated Benab Ajax Sports Academy and Kumasi Barcelona Babies in the semi final of the ongoing competition at the Madina Astro Turf on Wednesday.

The Juvenile competition which features Champions from the ten Regions have been nothing but entertaining at the McDan La Town and Madina Astro Turf.

Great Corinthians Juniors will therefore lock horns with Tamale Real Republicans in the final while Benab Ajax Sports Academy clash with Kumasi Barceloan Babies in the third place play off.

The final will take place at the Madina Astro Turf on Saturday, September 24, 2020 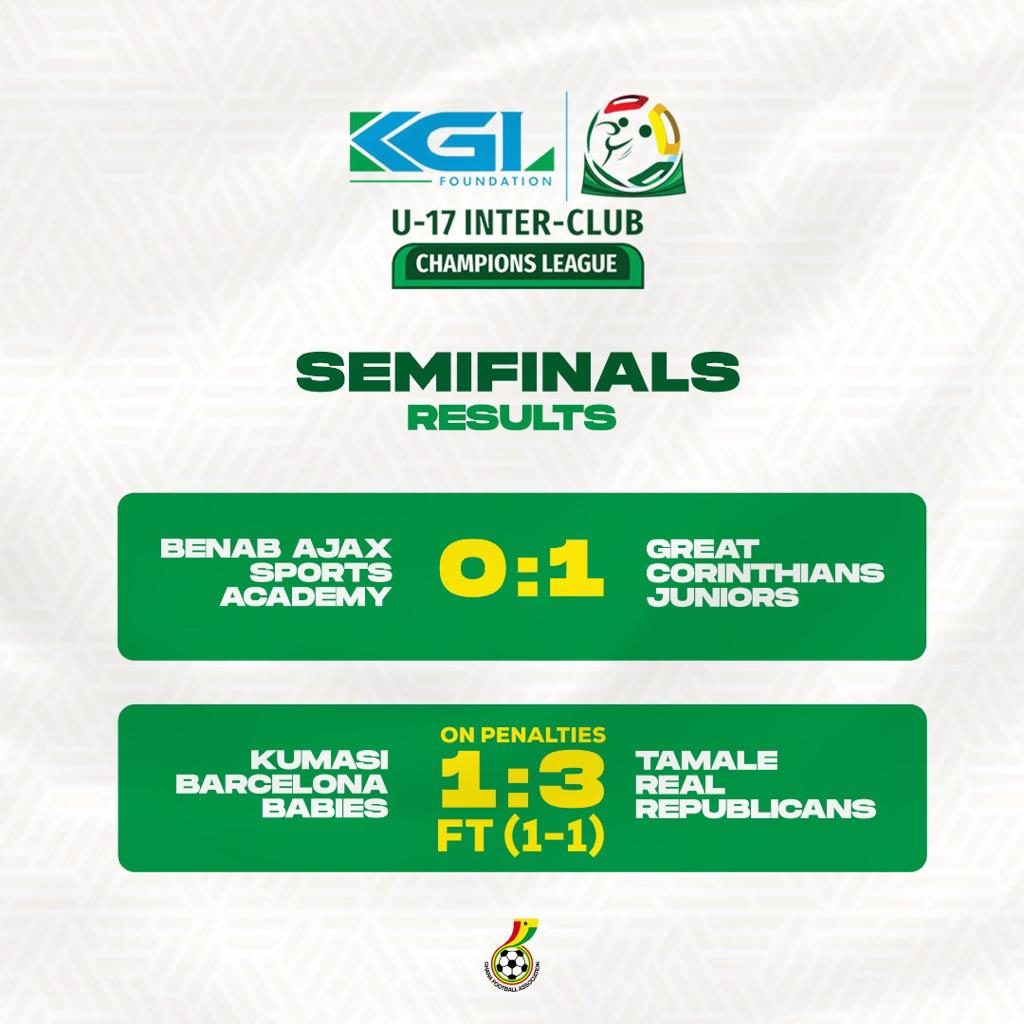