The road to the final match of this year’s MTN FA Cup Competition has been announced ahead of the quarter finals matches scheduled for next week.

Below is the Road to the MTN FA Cup Final: 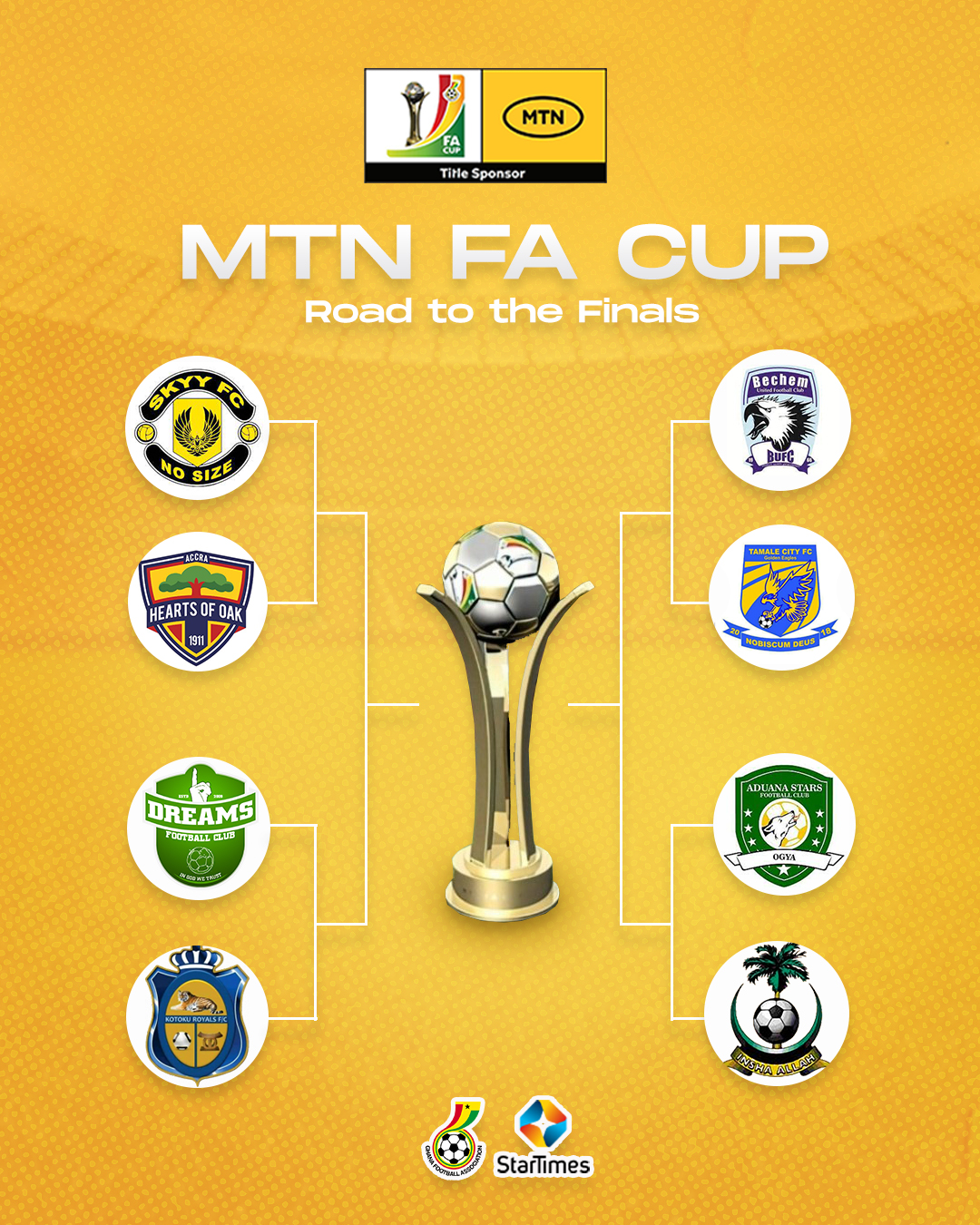