Gold Stars reclaimed the top spot in Zone two after beating Venomous Vipers 3-1 at Dun’s park on match day 12 of the Division One League.

The Bibiani lads were two points adrift the top going into the weekend but took full advantage of playing at home to climb the ladder as Skyy FC failed to beat New Edubiase United at home.

Prince Owusu scored a brace to take his tally to 12 goals in 12 games and sits at the top of the top scorers’ chat in Zone two. The 23-year-old scored in the 22nd and 27th minutes to give Gold Stars a 2-0 cushioning in the first half.

Joseph Kwandaho reduced the deficit for Venomous Vipers after the break to keep the visitors in the game. Kwandaho took full advantage of a calamitous defending by the home side to slot home. But Samuel Ofori drilled home a 90th minute goal to put the game to bed.

The win takes Gold Stars back to the top of the table with 27 points, one point richer than Skyy FC who dropped to second place after drawing 1-1 with New Edubiase United. Prince Antwi scored his 4th goal of the season to give Edubiase one point on the road after going down to Ebenezer Adukwaw’s 28th minute strike.

Here is what transpired in Zone Two: 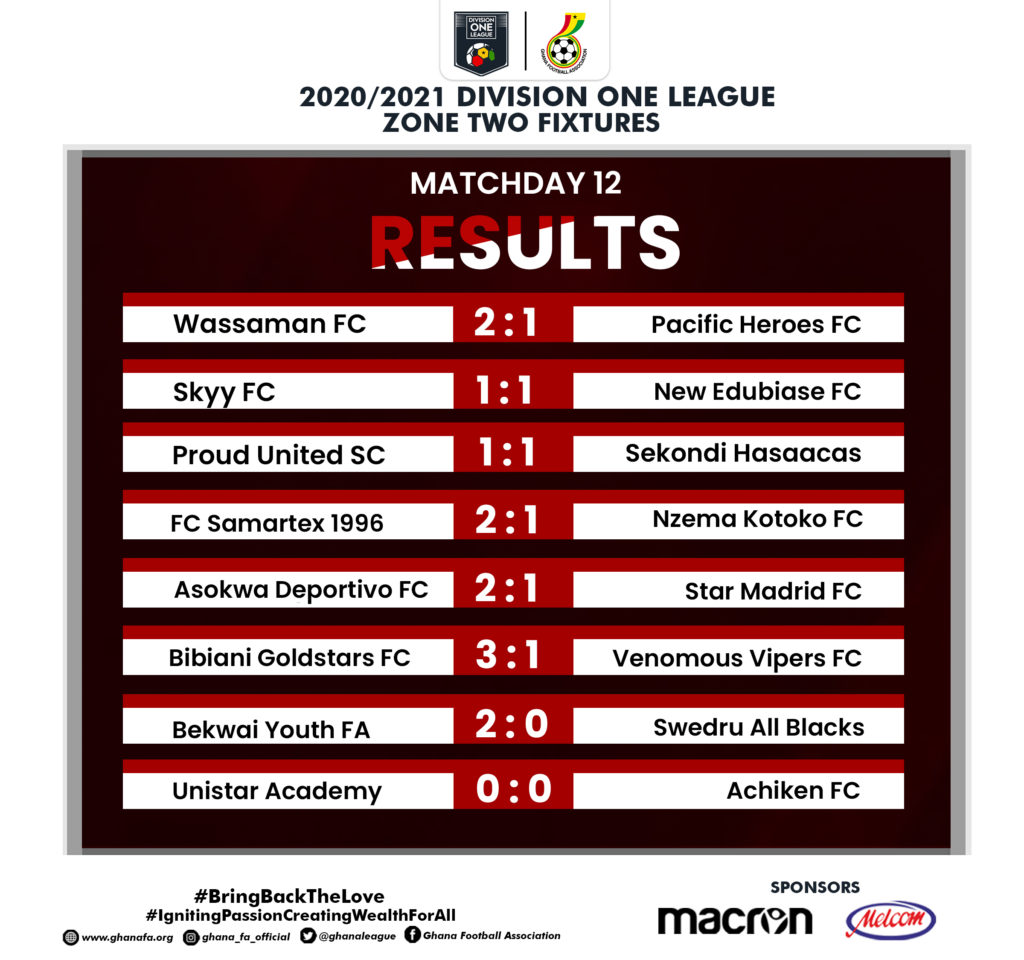