Okyeman Planners beat Accra Lions FC 1-0 on match day 12 of the Division One League at the Akyem Tafo park on Sunday.

Accra Lions have been amazing in the ongoing League going 11 games without defeat. But that feat came crashing on Sunday at Tafo where they fell to Victus Yamoah’s 40th minute strike.

The two teams battled to a barren second half as the home side held on to Yamoah’s first half strike to carry the day.

Accra Lions still sit at the top of the table in Zone Three, despite the defeat.

In Kpando, Emmanuel Gyan and Patrick Mensah scored for Heart of Lions in a 2-0 win against Amidaus Professionals. The Kpando lads opened the scoring in the 45th minute through Emmanuel Gyan and added the second five minutes later. They now sit in 4th place with 25 points from 12 games.

After a boring first half, the two teams came back looking hungrier for the points. Samuel Atta Kumi netted a brace for Phar Rangers. Kumi scored in the 65th and 74th minutes after Ernest Osei Pumpuni’s 59th minute opener for Young Wise.

Elsewhere, Akyem Kotoku Royals outclassed Nania FC in Accra to move second. The Oda lads put up a scintillating second half display to win 3-1 at the Nania park.

Zone three results at a glance: 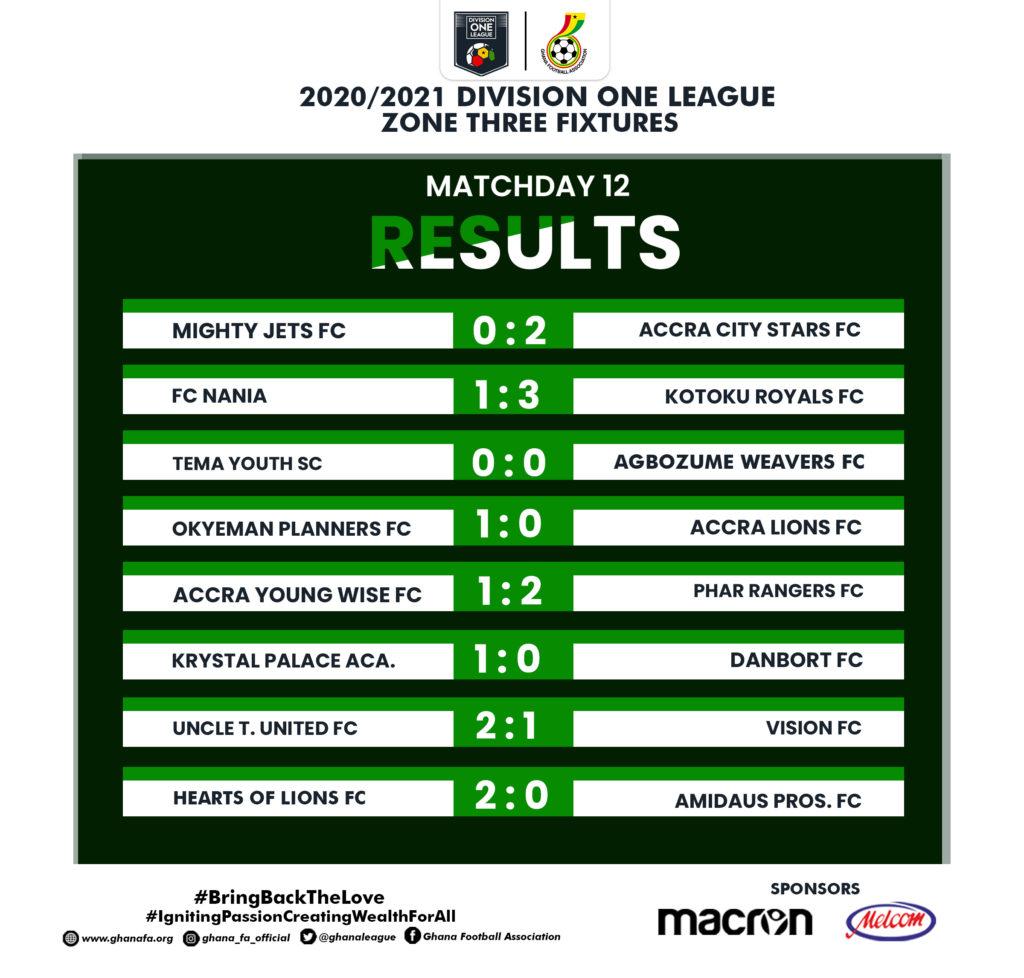