Steadfast FC moved to the top of the Zone One League table after recording a 2-1 win against Young Apostles on match day eleven of the national Division One League at the Tamale sports stadium.

Halibu K. Alhassan scored in either half, in between Emmanuel Yeboah’s equalizing goal to give the Tamale side the three points, to send them to the top of the League log with 22 points.

They are joined at the top of the table by Wamanafo Mighty Royals who also recorded a home win to move second in Zone One.

George Dirbe scored the only goal of the match against Wa Suntaa to give them the three points.

Berekum Arsenal who led the zone one table for six weeks, ended their three-game winless run-on Monday after a Solomon Adu strike gave them three points against Crocodile stars at the Golden city park.

Here is match day 11 results at a glance: 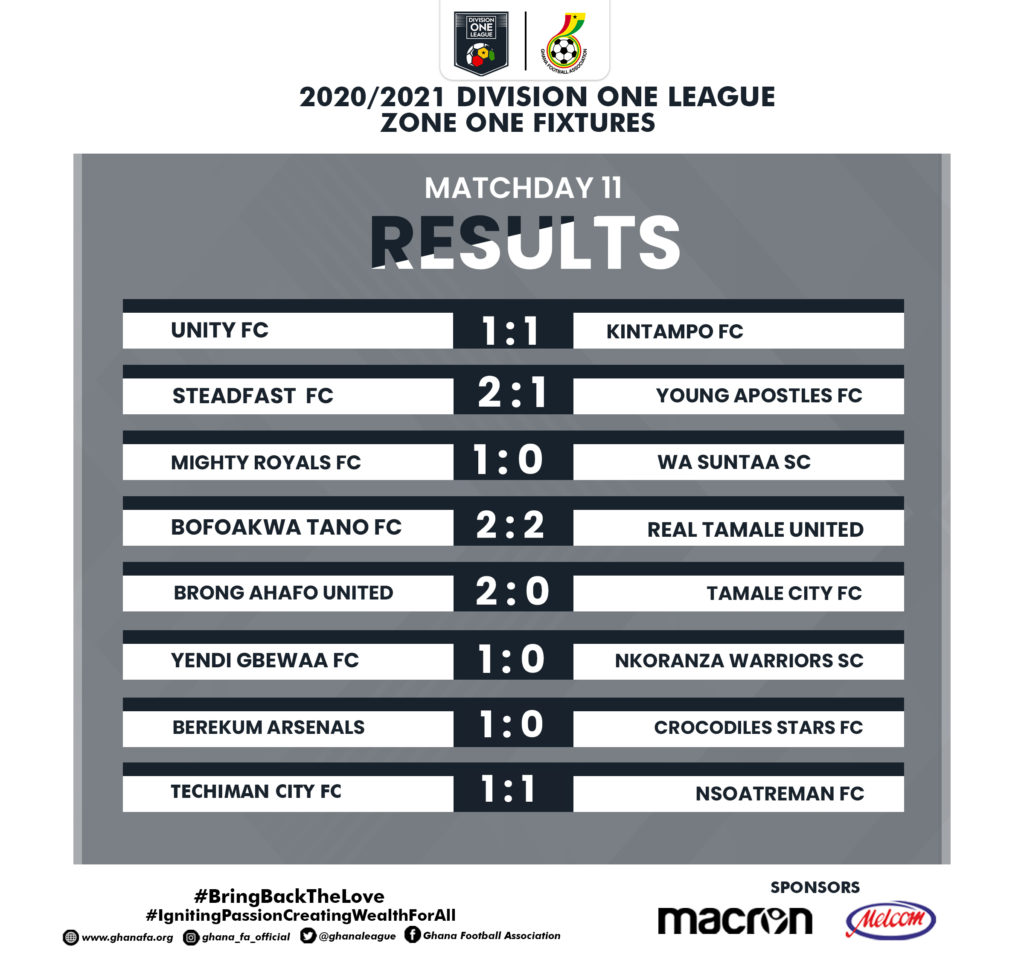