Zone One leaders Berekum Arsenal lost their unbeaten run over the weekend after a narrow loss to Young Apostles at the Coronation park in Sunyani.

The defeat allowed Tamale City and Real Tamale United to move closer to the summit with only one point separating the top three teams.

The former Premier League side have an opportunity to get their acts in order in midweek with a home game against Tamale City at the Golden City park.

The two teams are separated by just one point in the title race. Arsenal sit at the top of the table with 17 points, one ahead of fourth placed Tamale City FC.

In the other Zone One games, Nkoranza Warriors who stopped Tano Bofoakwa from recording back to back victories victory on Sunday, travel to neighbouring Sunayni to face B.A United-on Wednesday. Warriors have 13 points, while B.A United sit in 11th place with 10 points from 8 League matches.

Young Apostles who inflicted a 1-0 win on Berekum Arsenal have a date with Bofoakwa Tano at the Coronation park on Thursday.  Here is what to expect from Zone One on match day 9. 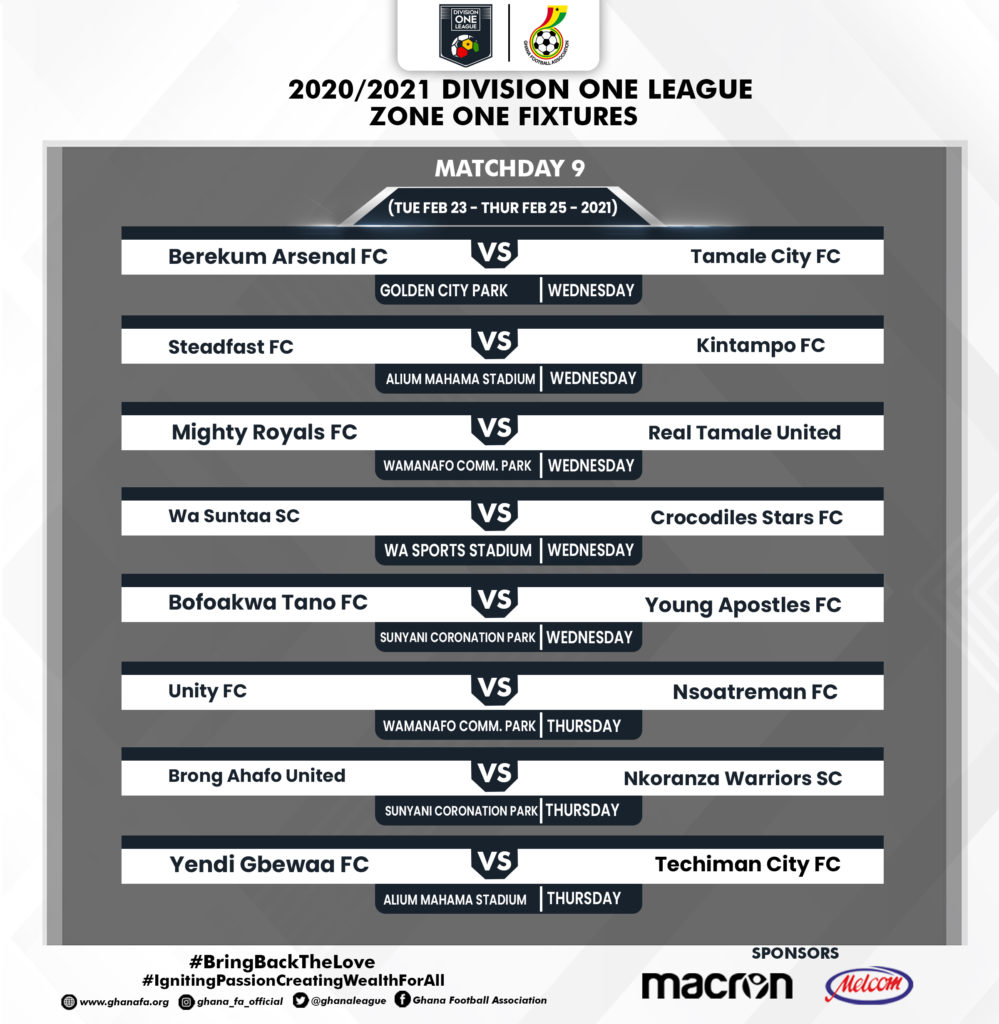