Life in zone one is getting interesting as five clubs continue to fight for a Premier League slot.

Leaders RTU, second placed Berekum Arsenal, third placed Steadfast FC and Tano Bofoakwa Tano FC, Mighty Royals and Tamale City all stand a chance of making it to the Premier League as the competition fast approaches the half way stage.

RTU moved to the top of the table on match day 12 after beaten old foes Brong Ahafo United at the Aliu Mahama Stadium.

The former Premier League side have another tough nut to crack this weekend as they play as guest of city rivals Steadfast Football Club. With three games to end the first round of the Division One League, RTU are level on points with Berekum Arsenal (24) as table toppers but with a superior goal difference.

They sit in third place with 23 points, one point shy of leaders Real Tamale United and boast of the Zone’s second top scorer, Alhassan Siisu.

Siisu has been in electrifying form, scoring 7 goals from 12 games, two adrift Welbeck Takyi of Bofoakwa who lead the scorers chart with 9 goals.

At the Golden City park in Berekum, Arsenal will be at home against Wamanafo Mighty Royals FC. It’s a battle between two of the best teams in the Zone as only two points separate them on the log.

Mighty Royals are in fifth place with 23 points. Bofoakwa Tano will be at home against Wa Suntaa SC at the Sunyani Coronation park.

Here is what to expect in Zone One: 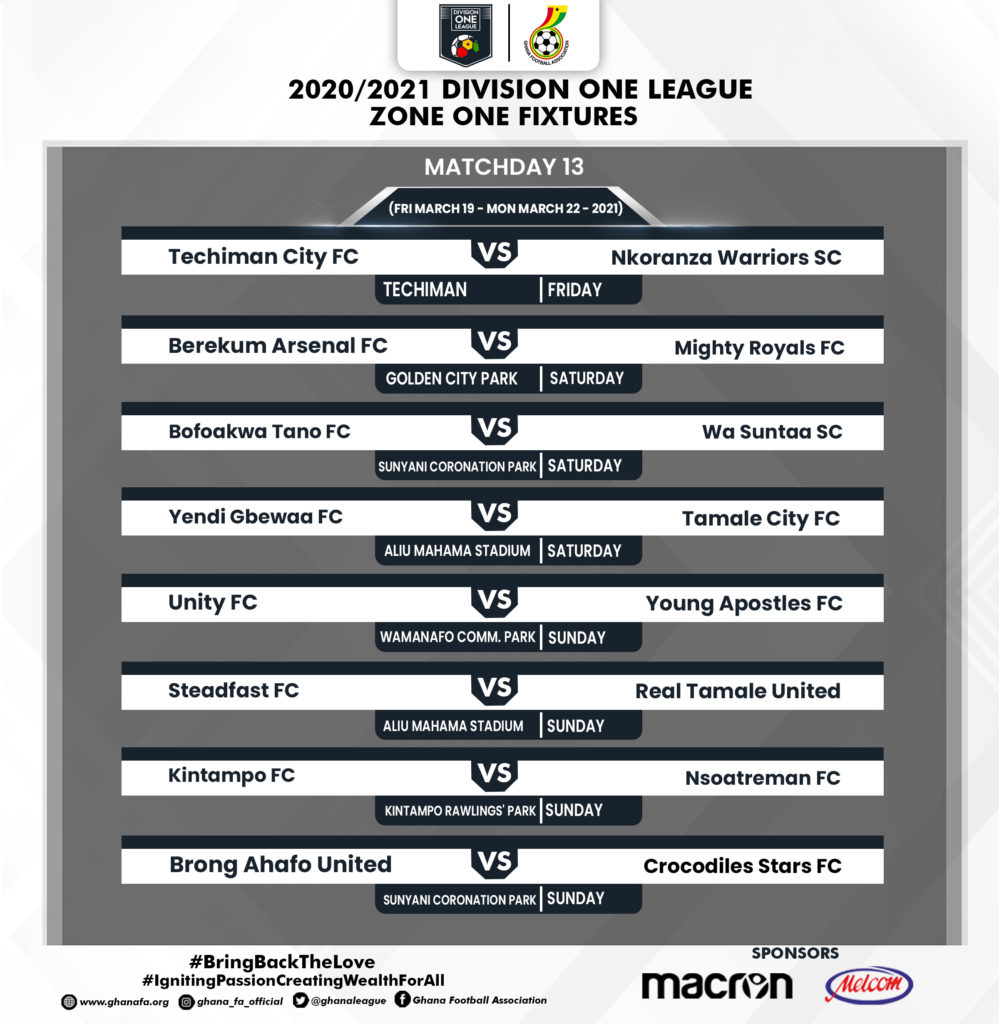