Accra-based Faith Ladies are in the semi final of the ongoing Women’s Premier Super Cup after beating Dreamz Ladies in a Group B tie breaker.

The game which took place at the Aliu Mahama Sports Stadium ended goalless after 90 minutes and had to be decided on penalties.

Faith Ladies proved superior on a 6:5 scoreline after the shootout. The result places the team in second place in Group B behind Ampem Darkoa Ladies and thus qualify for a semi finals. 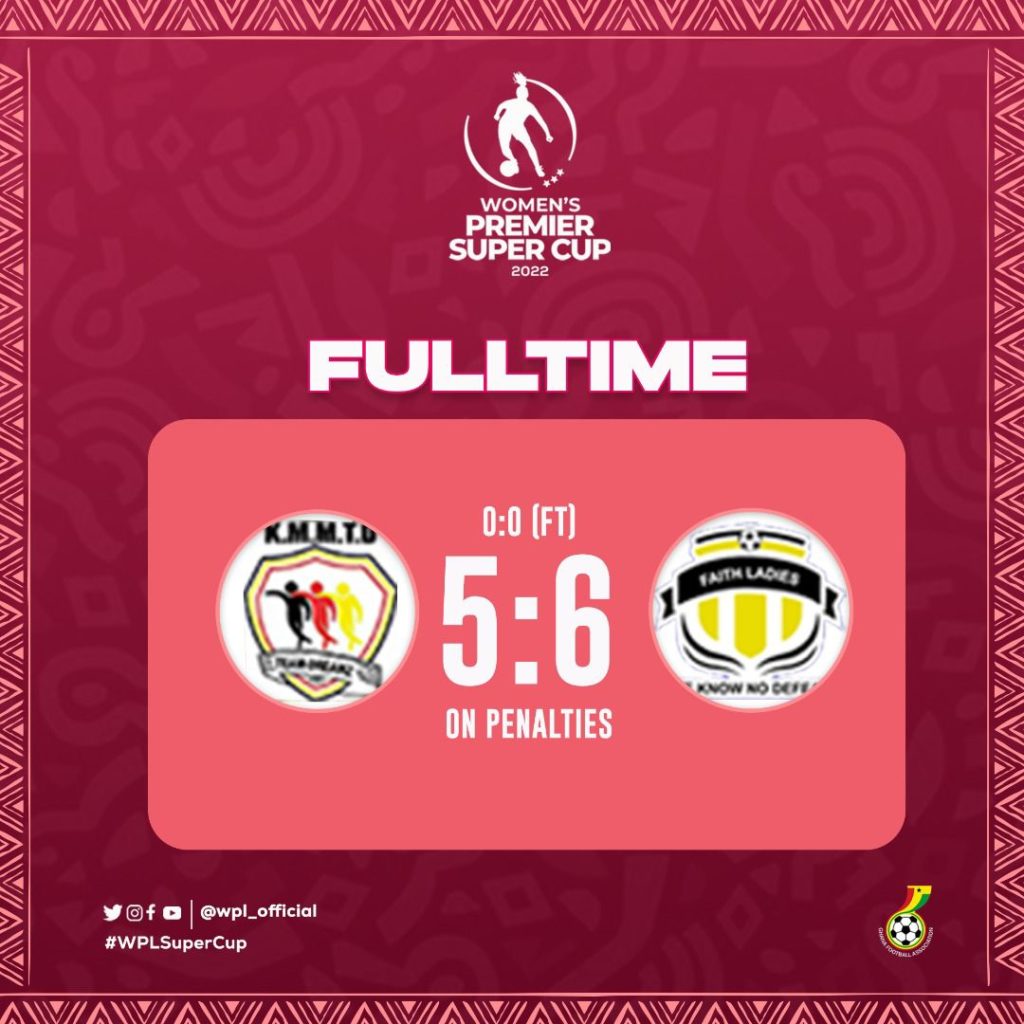 The semi final of the competition will take place on Thursday, September 22, at the Aliu Mahama Sports Stadium.