The new season will see a rise in the number of participating clubs from the current Thirty-two(32) to Sixty-four (64) where Forty-four (44) Division Regional Women’s Division One Clubs and Twenty (20) Women’s Premier League Clubs will be competing for glory.

The Women’s FA Cup Round of 64 will see clubs in the Women’s Premier League and Regional leagues being paired on Regional basis before graduating to Zonal basis from the Round of 16.

The Quarter finals which will be played on National basis will take place between April 14-18, 2022 with Semi-finals on May 6-9, 2022 with the final slated for June 5. 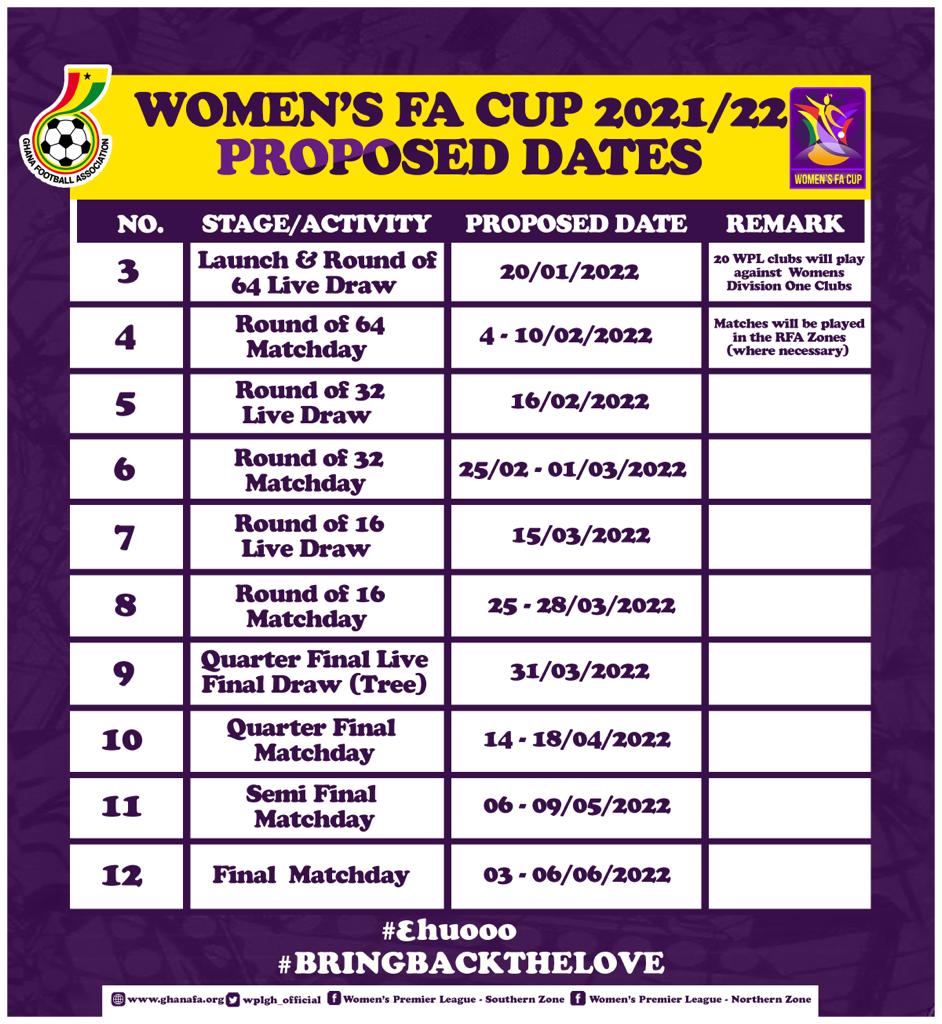