The 2021-22 football season is scheduled to draw to a close on Saturday June 25, 2022. The five domestic competitions include the Ghana Premier League – Both Men and Women, the Women’s FA Cup and the MTN FA Cup.

The Ghana Premier League Season will end on June 19, while the MTN FA Cup finals climaxes the season on June 25, 2022. 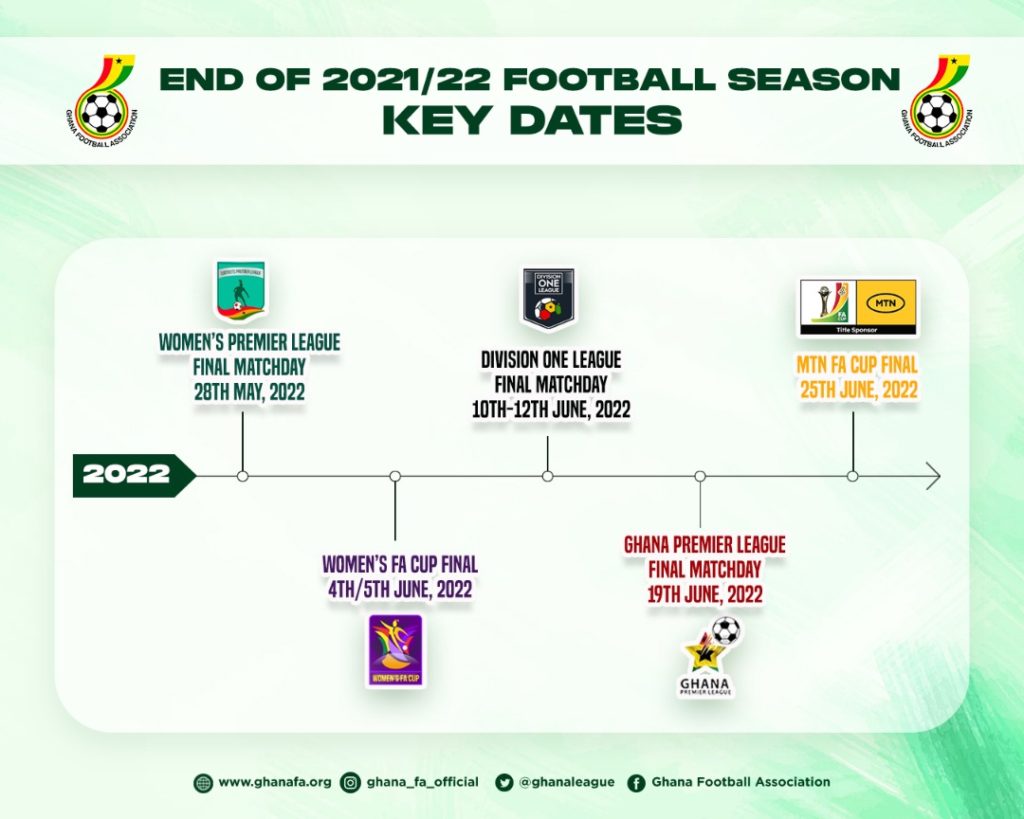