Mohammed Tetteh Nortey scored in the second half to give Techiman Eleven Wonders a slim win against Accra Great Olympics on match day 15 of the Ghana Premier League Sunday.

Saeed Salifu returned to the posts for Olympics as he replaced Benjamin Asare.

Olympics Coach Annor Walker also handed Thomas Darlington his debut start of the season for the Blue and Whites.

Prince Baffoe made a return to the Wonders starting line-up for the first time in about a month and his experience proved very vital for the home side as he controlled possession and dictated the movement of the ball for a larger part of the game.

Nortey netted the only goal of the encounter in the 55th minute from close range.

GFA Olympics finished the game with ten men after Maxwell Abbey was sent off in the closing stages of the match.

Despite the defeat, Olympics remain in second place on the league standings with 24 points from 15 matches. 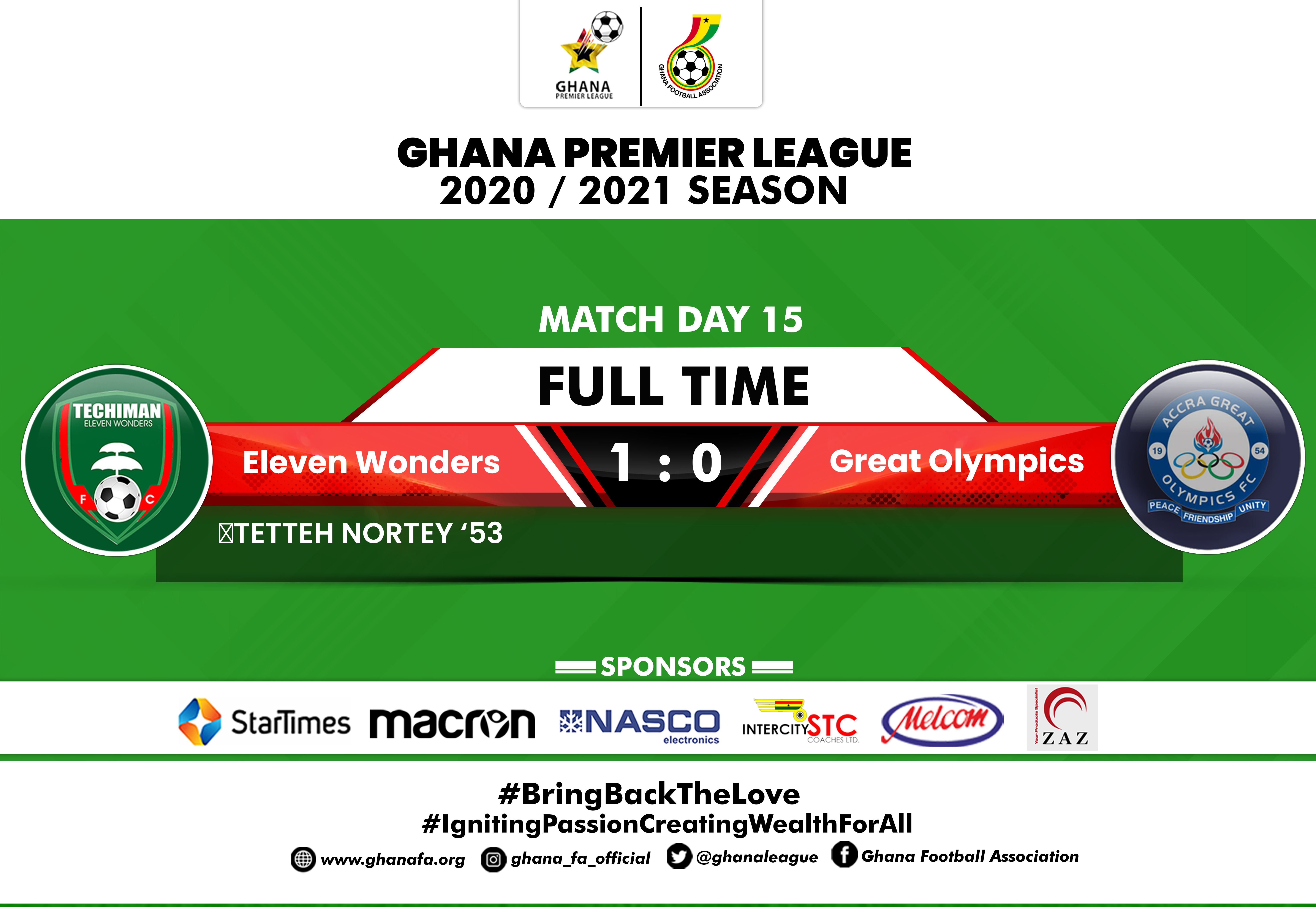