Tema Youth and Akyem Susubiribi were big winners on match day one of the Division One League as they recorded convincing victories against new boys Kwaebibirim FC and Golden Kicks FC respectively.

Tema Youth beat Golden Kicks 3-1 in Accra while Susubiribi humbled Kwaebibirim 3-0 at Akyem Tafo. The two teams who have loads of experience in the Division head into match day two with a lot of optimism having dispatched their opponents decisively on the opening day of the competition.

Owusu Dacosta, Jeremiah Arkorful and Evans Osei Owusu got on target for Tema Youth at the Accra stadium.

The Super Cup finalists were not at their convincing best but got what was important by winning the three points against the newly promoted side. They will play Accra City Stars at their newly adopted home, Mantse Astro Turf at Tema New Town.

Akosombo Krystal Palace have a date with Susubiribi at home. Liberty Professionals who drew goalless with Inter Allies will lock horns with Akatsi All Stars at the Carl Reindorf Park at Dansoman while Inter Allies travel to the Eastern Region as guests of Kwaebibirim United FC.

In other fixtures, Heart of Lions have a daunting task against Vision FC at Kpando – Both sides lost their opening matches of the season to Oda Kotoku Royals and Uncle T United respectively.

Vision FC lost 2-1 at home to Kotoku Royals while Heart of Lions laboured to a 2-1 loss to Uncle T United. The last fixture between the two teams ended 2-1 in favour of Heart of Lions in the 2020/21 season.

Below are the fixtures for Match Day Two: 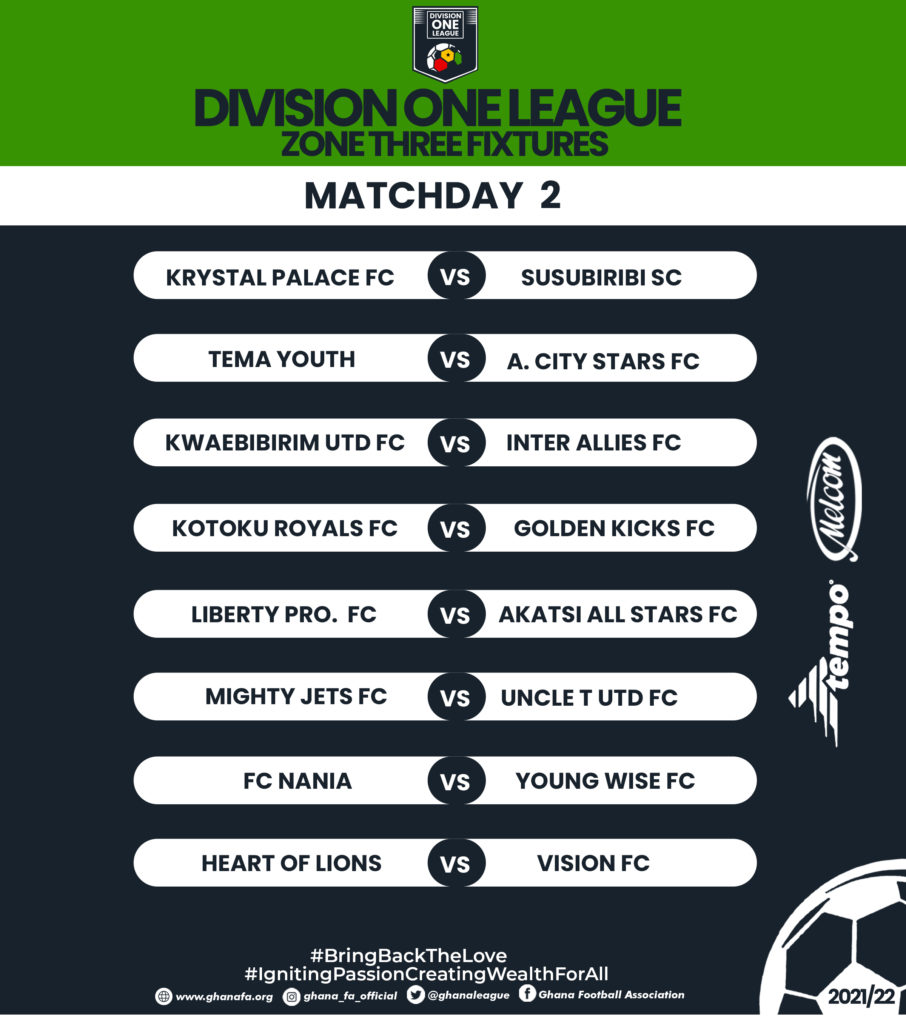