Kotoku Royals conceded in either half as they lost 2-0 to Golden Kicks at the Tema Park on Sunday to surrender their lead in Zone Three. Nathaniel Awaitey netted first for Golden Kicks in the 19th minute before Tetteh Collins added the second goal inside 51 minutes to nail the Oda lads. The result pushes Kotoku Royals to the second spot with 33 points.

Earlier on Friday – Tema Youth moved back to the top of the table following a 3-1 win against Accra City Stars. The Harbour Warriors who lost the top spot on Match Day 15 were in dire need of a win to restore their lead and their performance on Friday was more than convincing as they put up a spirited display to beat their hosts.

Evans Osei Wusu opened the scoring in the 33rd minute after smartly dribbling pass two defenders before slotting home. The diminutive midfielder added to the tally six minutes later after connecting from the spot to give Tema Youth a 2-0 cushioning at the break.

With the three points almost wrapped up – Dennis Hutor put the nail in the coffin with a superb team effort to make it 3-0. Accra City Stars though down did not show any sign of despair as they scored a consolation through Hafiz Ibrahim.

Elsewhere in Sogakope George William Ansong and Jason Owusu scored in either half as Liberty Professionals romped to a 2-0 win against Akatsi All Stars at the WAFA Park at Sogakope. The Scientific Soccer lads are now second in the Zone Three table with 35 points after 17 League matches. 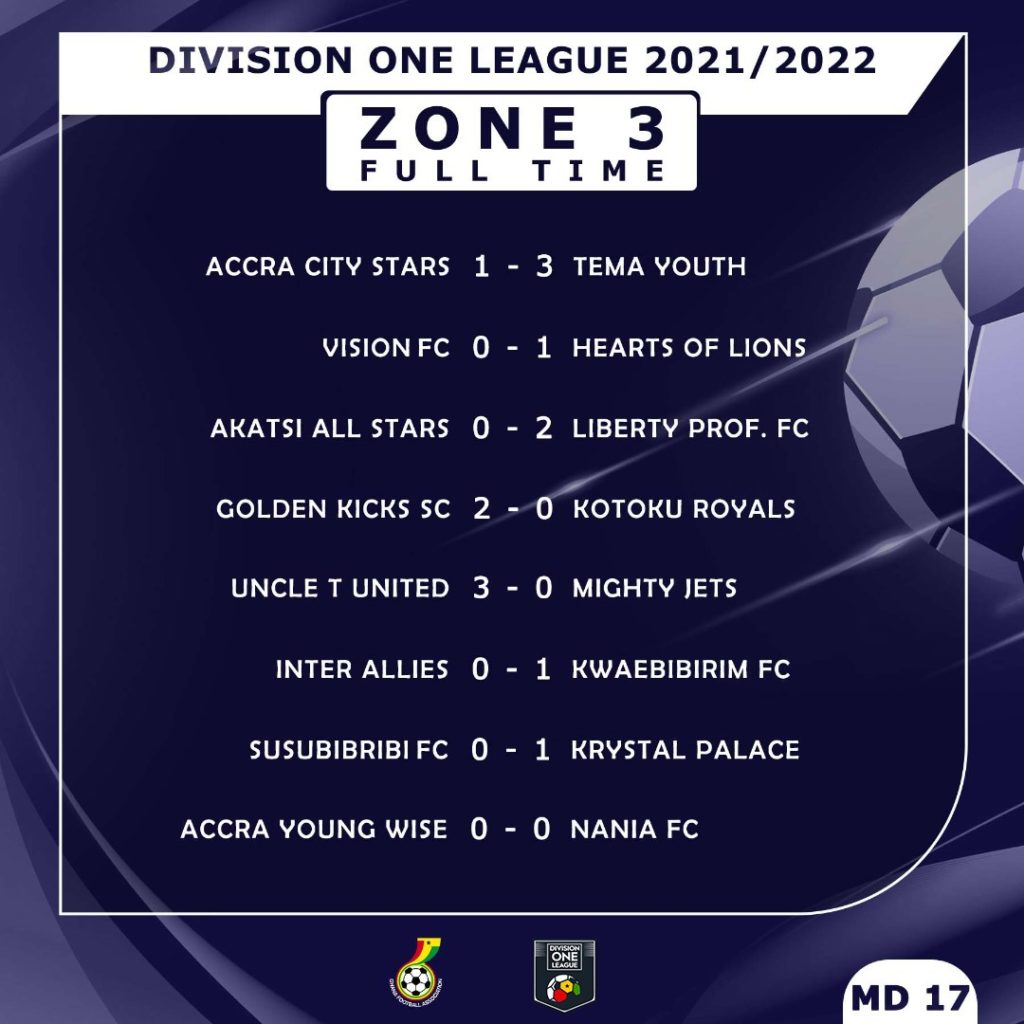