Our Coach Charles Akonnor has made changes to the starting line for the game against South Africa.

The game is scheduled for 18:00GMT kick off at the F&B stadium in Johannesburg, South Africa. 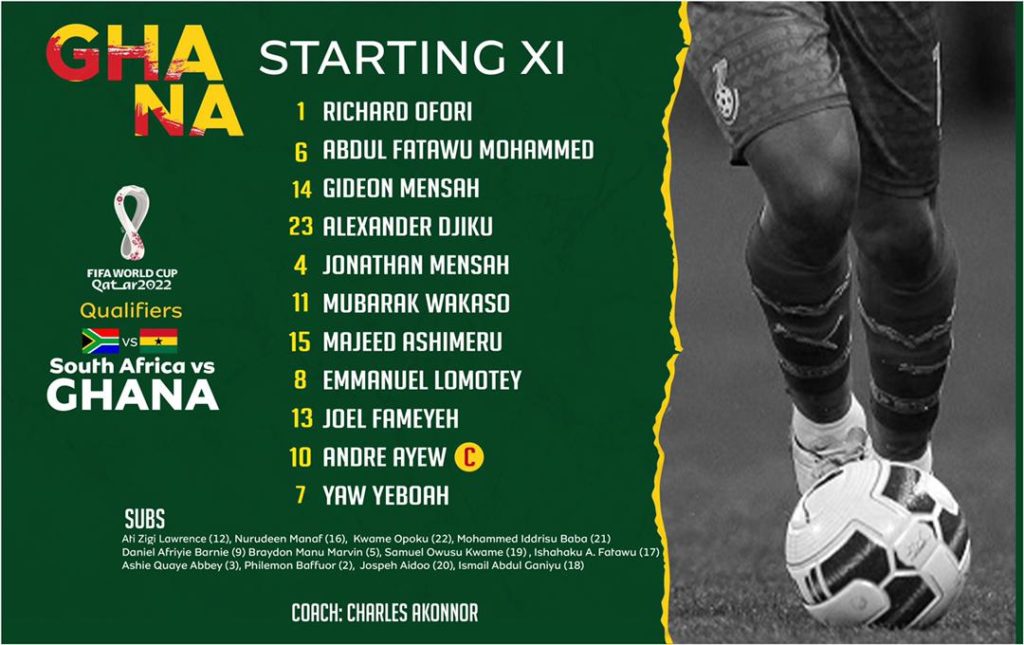