Tariqe Fosu over the moon after scoring first International goal

Ghana winger Tariqe Fosu is over the moon after scoring his first International goal for Ghana in Monday’s friendly against Qatar. The 24-year-old who plays for English Championship side Brentford FC, made his Ghana debut on Friday, against Mali in an International friendly at the Emir Sports complex in Antalya, Turkey.

The Reading FC Academy product was deployed at right back against Mali but moved to his natural left-wing role by Coach C.K Akonnor in Monday night’s game against Asian Champions Qatar at the Titanic stadium.

With a record of one goal in two games, Tariqe is buzzing with confidence going into the future. We caught up with him after the game and this is what he told ghanafa.org

On two games for Ghana

I am proud and happy that we got the result today because the other day, I made my debut but it wasn’t a good result, and I wanted to make sure that we put things right today. I played in my natural position today so I was allowed to express and show what I can do so I’m just happy that we got the result today and I hope all the fans are happy with it.

Highlight of game against Qatar

I think if you compare the first game, there were a lot of new players so I think we needed time to jell and to work with tactically and I think over the weekend we worked on some things with the gaffer and we did it really well and I think in the first half, especially, even though they had one chance and scored but I think we were very compact, and we didn’t give them no space and I think that was perfect and obviously quality showed the end, good result. 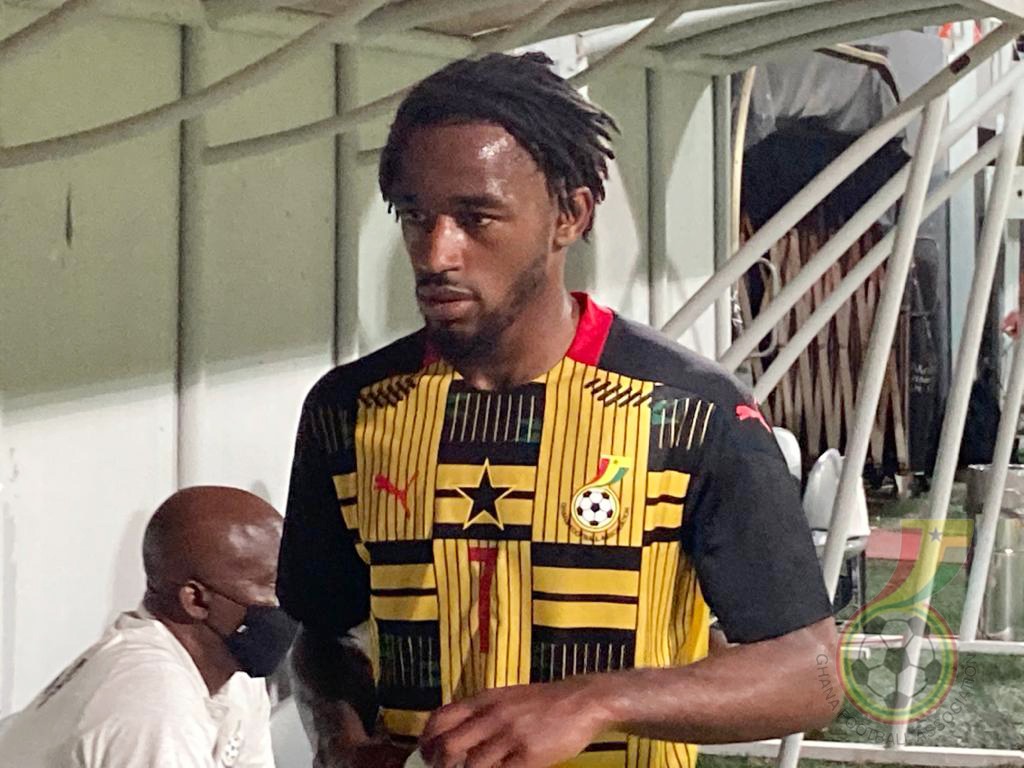 On Partey, Andre, Jordan and other senior players in the team

I didn’t know, I didn’t know them to be fair, I just know of them and it feels good to play with these top-quality players and for me, I am very happy to be part of a team with top players so it’s good and now I think I have got to know them pretty much over this period of time and I am sure I will learn a lot from them and I can add it to my game.

On importance of win against Qatar

The win was very important for us. The way we approached it was great because everyone had in mind that was a must win game the team. We listened to the Coach, tactically we set up really good and obviously it shows what happens when you listen to the Coach. So the win is very important, especially for the fans back home.