The Ghana Football Association (GFA) has announced “Pride and Patriotism” as theme for the month of March 2020.

This forms part of efforts to reach out to Ghanaians through strategic communication and to project the vision of the Executive Council.

The initiative is an extension of the Bring back the love campaign that was launched late 2019 following the election of President Kurt E.S Okraku and the Executive Council into office.

This has been a common feature since the beginning of 2020 as various Communication themes have already been unveiled by the GFA.

March is a prominent feature in Ghana's political history, a month that gave birth to the country's independence.

It is also an action-packed month on the country’s football calendar. 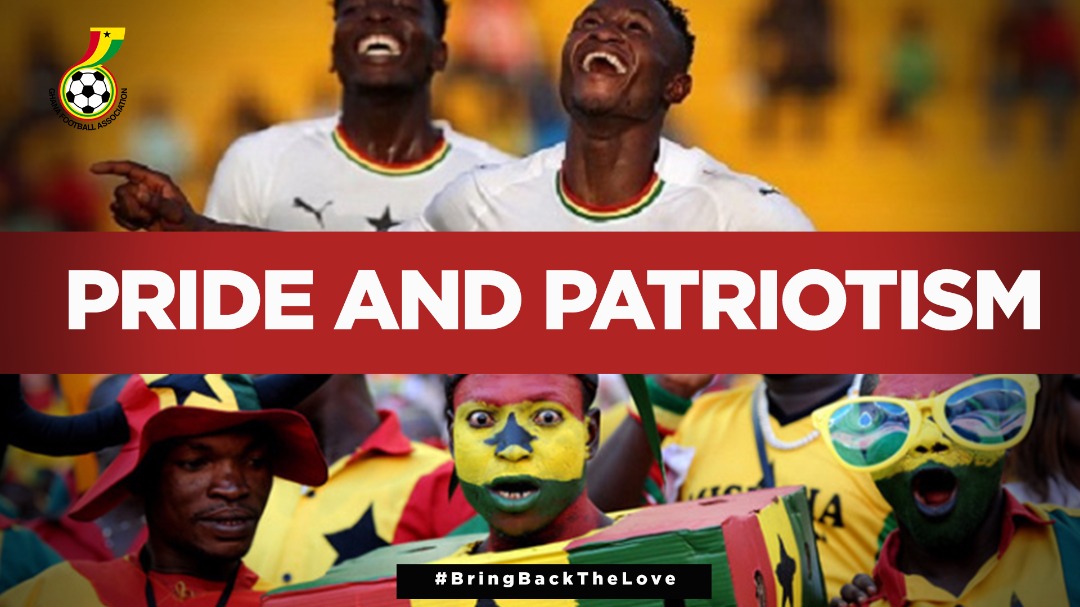 The already-on-course #BringBackTheLove agenda has been consistent with Ghana football’s major domestic competitions which have been in full fledge and churning out thrills week-in-week-out.

The national U-17 female team, Black Maidens, kick-started the month of “Pride and Patriotism” with an away victory against Liberia in the World Cup qualifying on Sunday and are poised to complete the tie positively in the return fixture in Accra in a fortnight’s time.

Beginning this week, Black Queens, Ghana’s senior female national team will also be participating in the 2020 Turkish Women’s Cup in the city of Alanya, an invitational tournament the GFA believes would aid the team’s preparations towards this year’s Africa Cup of Nations qualifying later in June.

As we mark the month of March, the GFA calls on all Ghanaians to continue to support the #BringBackTheLove campaign for our football with “Pride and Patriotism”.