Teams who have qualified to the Round of 16 of the MTN FA cup competition will know their opponents after the draw which will be held on Tuesday, March 1,2022 at the GFA Conference room at 11am.

The qualified teams have been grouped into two zones (Northern & Southern) considering the locations of the teams to avoid long distance trips for matches and to have more local derbies.

Nine Premier League sides sailed through from the Round of 32 and will join teams from the first and second divisions for the Tuesday’s draw.

Below are the qualified teams for the Round of 16 draw: 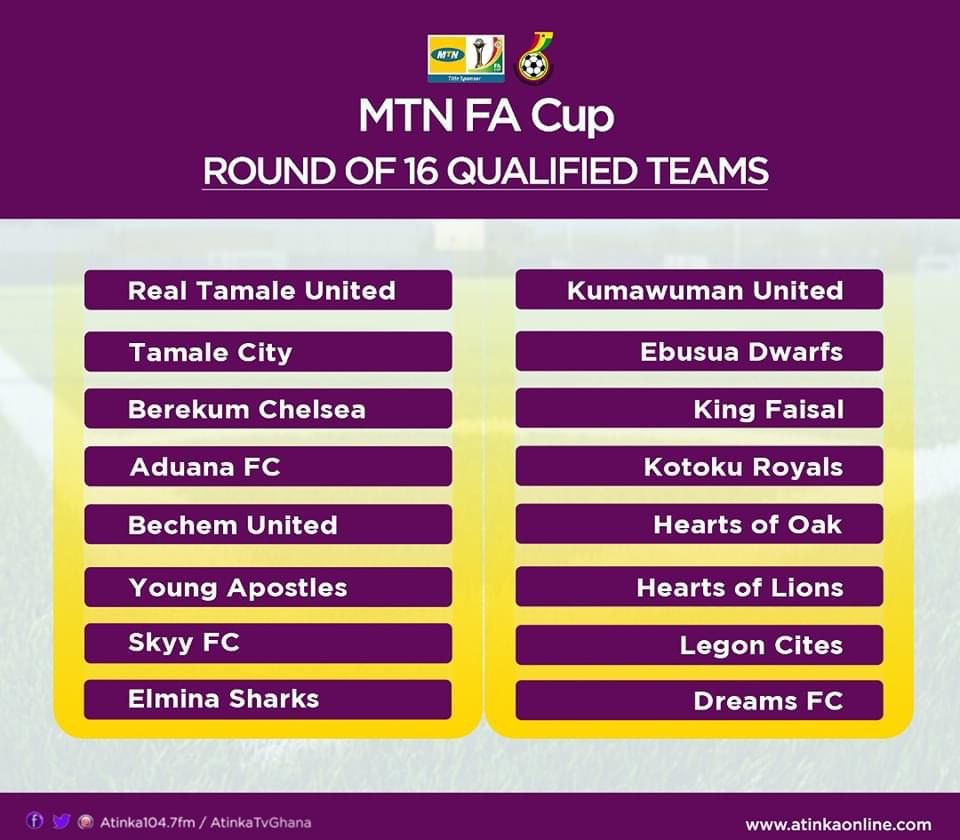