MTN FA Cup: Qualified teams for Round of 16

Defending Champions Accra Hearts of Oak will play no part in the rest of the Cup competition for 2022/23 following a 1-0 loss to Dreams FC at the Accra Sports stadium on Sunday.

The Phobians were hoping to defend the title for the third time on the spin but fell to a first half goal from Agyenim Boateng Mensah to get eliminated. The defeat means their only chance of a silver for the 2022/23 season is the betPawa Premier League which has seen 13 round of matches.

Premier League champions Asante Kotoko matched into the Round of 16 after a 2-1 win over Benab FC on Saturday - taking them closer to their 10th Cup glory. Maxwell Agyemang sent the crowed into a frenzy when his stoppage time goal gave the Porcupine Warriors passage into the next round.

The draw date would be announced in due course. The 16 qualified clubs are listed below: 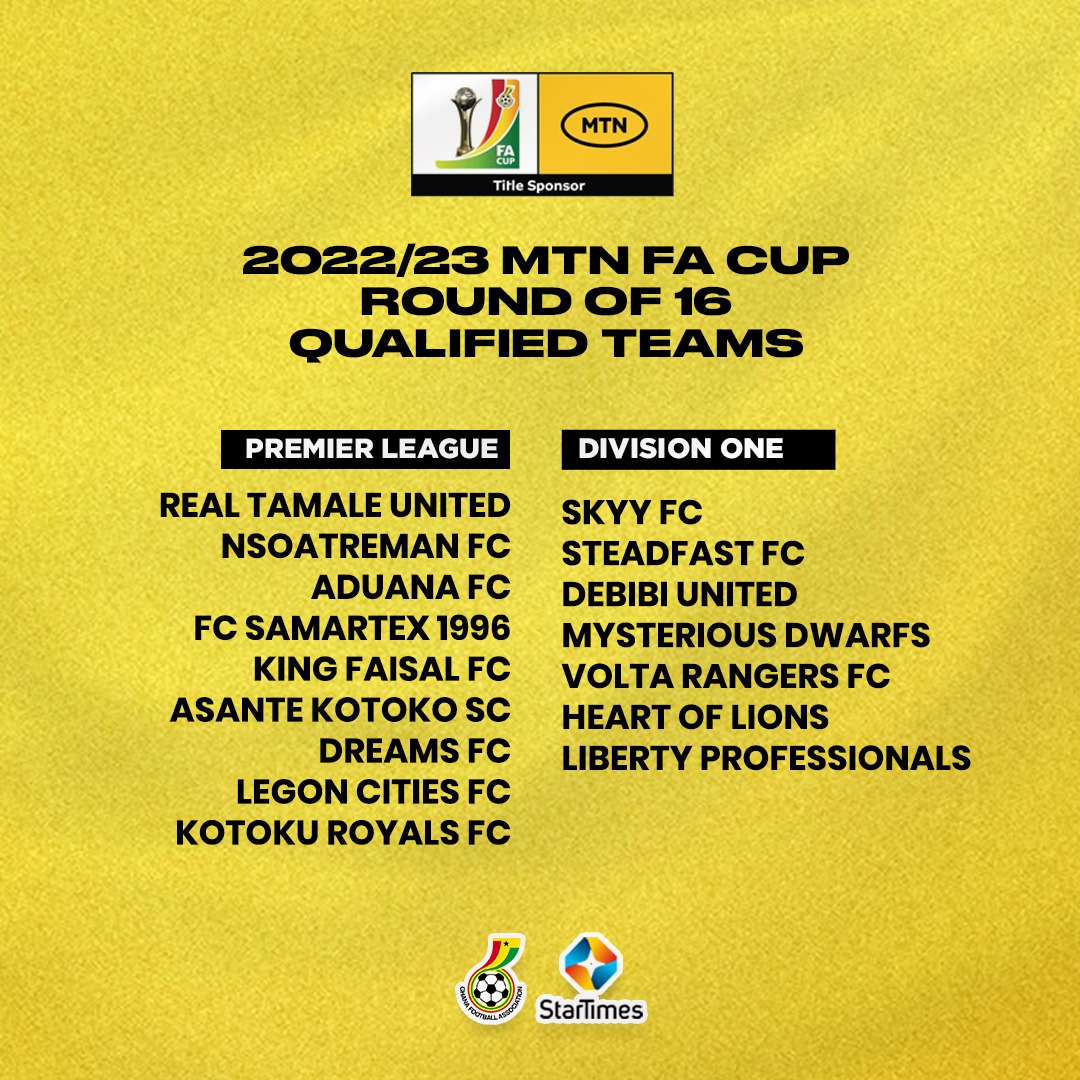