Medeama SC kept hold of their place at the top of the table after posting a 3-0 win against Mysterious Ebusua Dwarfs at the Akoon Park on Sunday.

The mauve and yellows who had a shaky start to the game dismantled their guests following an outstanding second half display.

Amed Toure, Ibrahim Yaro and Prince Opoku Agyemang scored in the second half to record their fourth straight win in the second round of the campaign.

Medeama were made to work their socks off in the second half after a lackluster first half.

Amed Toure tapped in from close range after Ibrahim Yaro's incisive cross as Ebusua Dwarfs failed to clear their lines two minutes into the second half.

The provider now turned the scorer – as Yaro smashed in an unexpected thunderbolt from 30 yards to score his first goal of the season for Medeama SC. Prince Opoku Agyemag added to the tally with a sumptuous back heel to end the story Akoon Park.

The win is Medeama’s fourth on the spin after beating Dreams FC, Legon Cities and Asante Kotoko to move top of the table with 39 points – one point above Asante Kotoko who are in second place with 38 points. 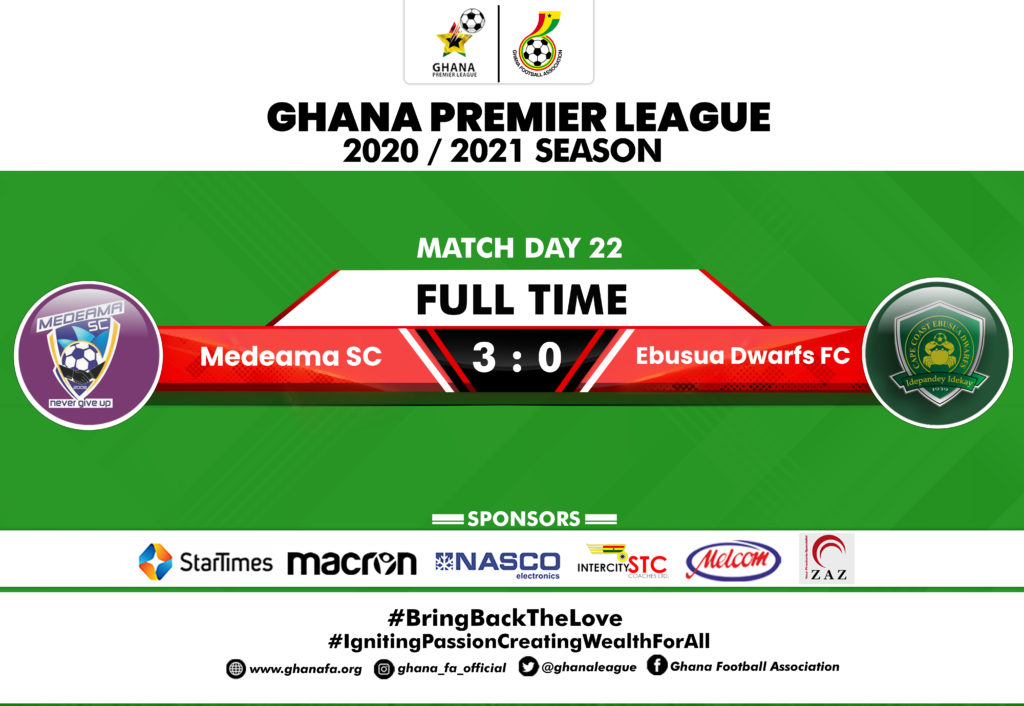