Southern Zone leaders, Hasaacas Ladies have for the first time this season suffered defeat in the ongoing Malta Guinness Women’s Premier League. The former champions who hitherto, were unbeaten in five Premier League games crashed to an excruciating 2-0 loss to Army Ladies on Matchday six of the competition at the El Wak stadium.

Two first half goals from Nancy Opoku and Erica Appiah were enough to end the invincibility of the former League champions. Nancy Opoku opened the scoring in the 18th minute of the game before Erica Appiah added the second in the 45th minute, few seconds before the break.

The Sekondi giants have been absolutely sublime in the League having scored a record 16 goals and conceded two – and travelled the period without defeat.

Despite the fall back in Accra, Hasaacas Ladies still occupy the first spot in the League log with 15 points – three points ahead of Faith Ladies who are in second place with 12 points.

Second placed Faith Ladies came from behind to win 3:2 against Police Ladies in another top liner. The service Ladies after winning away against Ladystrikers looked to turn their season around but two goals from Maafia Nyame and another from Portia Nana Prempeh saw them drop points at home against Faith Ladies.

Meanwhile, a late strike from Ladystrikers' Edem Atorvor ensured the Cape Coast based club picked a point from inform Thunder Queens at the Legon Presbyterian Boys School Park. Lady Strikers have now secured five points in six games and would hope to grab a win in their next encounter against struggling Ridge City who are yet to win a game this season.

Find below full results for Matchday 6 in the Southern Zone: 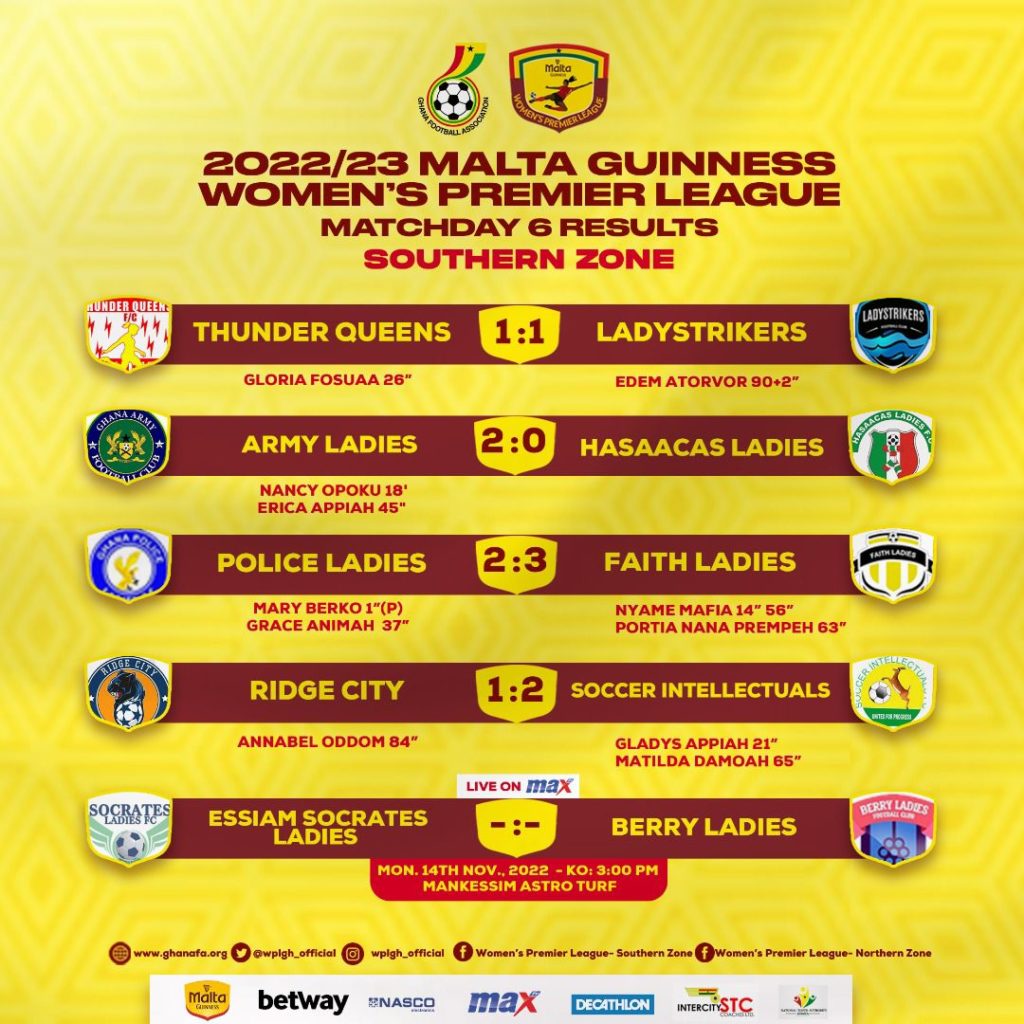