After the World Cup break, the Malta Guinness Women's Premier League will bounce back next year, 2023.

Matchweek 8 of the Women's top flight competition has been scheduled from January 27-31, 2023 in the respective zones.

The Champion will be declared after the final which will be played between May 19- 22, 2023.

Below are the full fixtures: 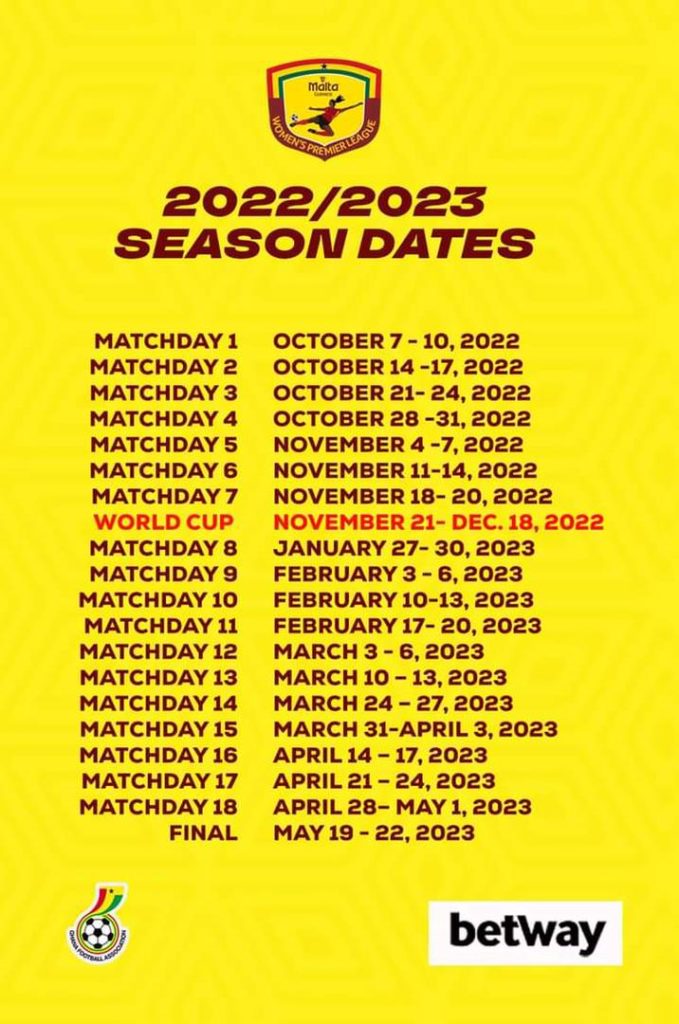