The leadership of the Ghana Football Association led by President Kurt Edwin Simeon Okraku has met with the Inspector General of Police (IGP) George Akuffo Dampare and the hierarchy of the Ghana Police Service. 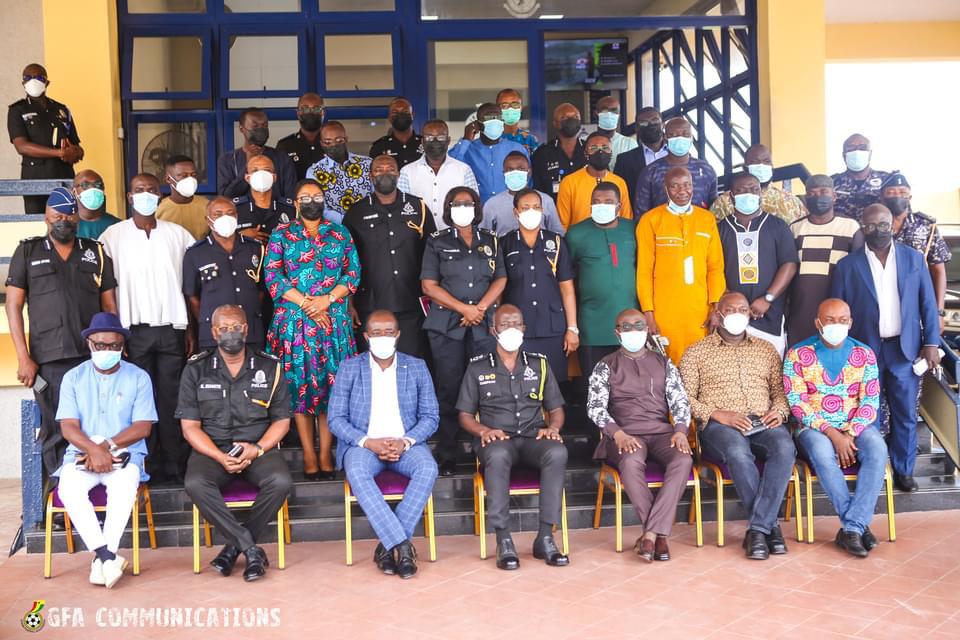 The meeting which was held at the Headquarters of the Ghana Police Service on Friday, November 5, 2021, brought together top officials of the Police Service, Executive Council Members of the GFA and Representatives of Premier League Clubs. 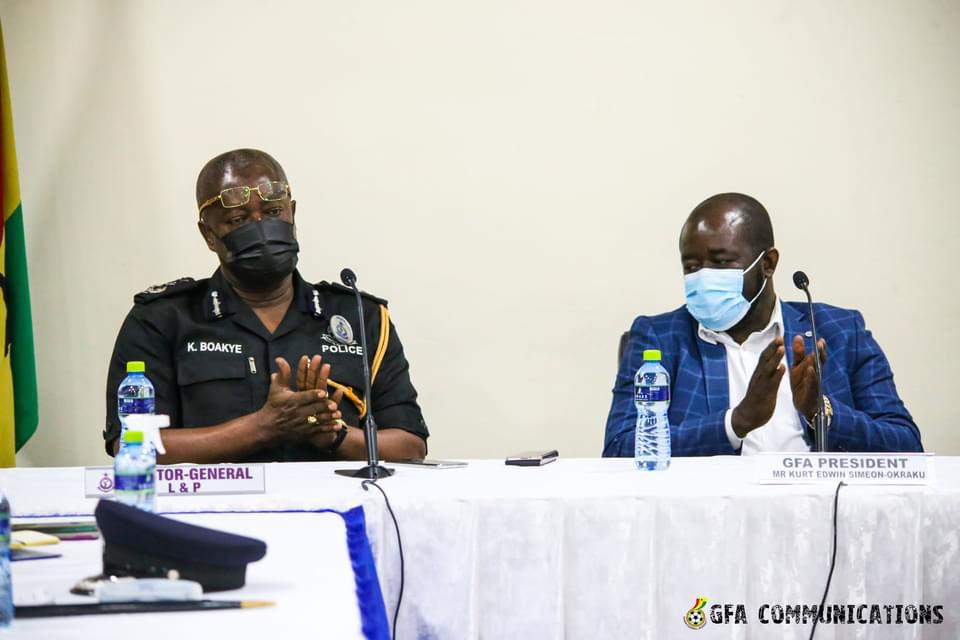 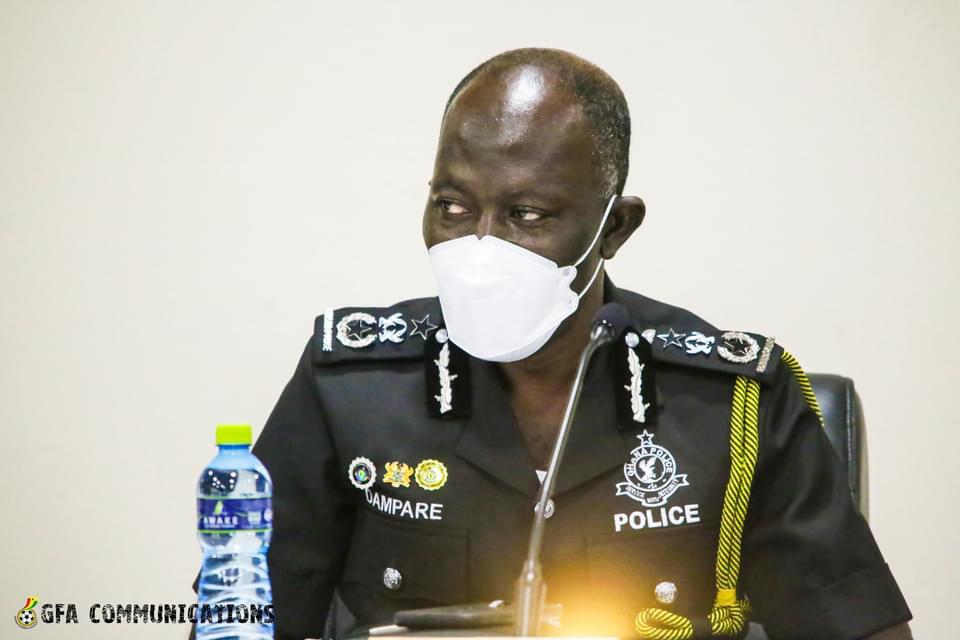 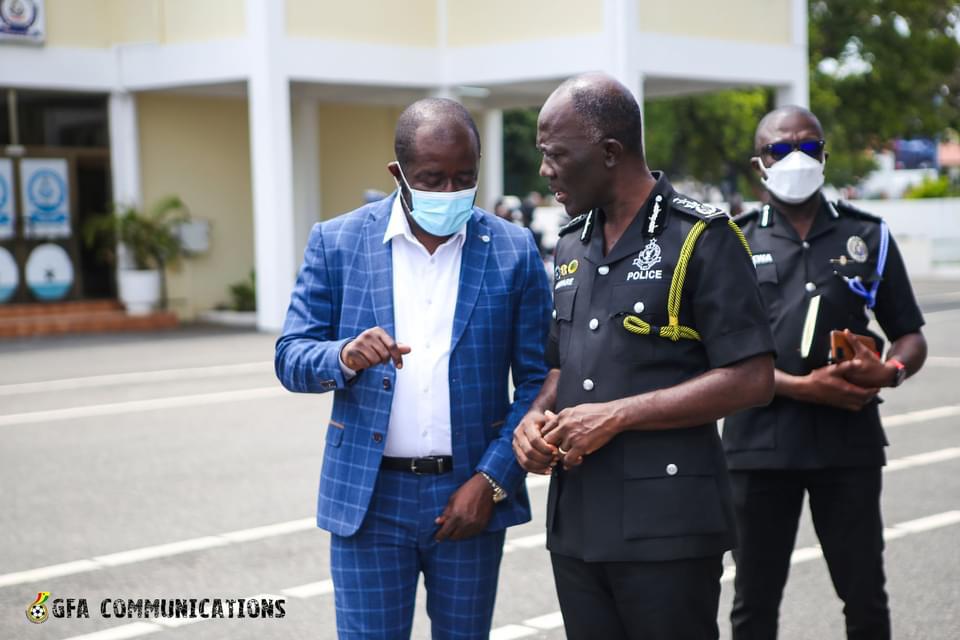 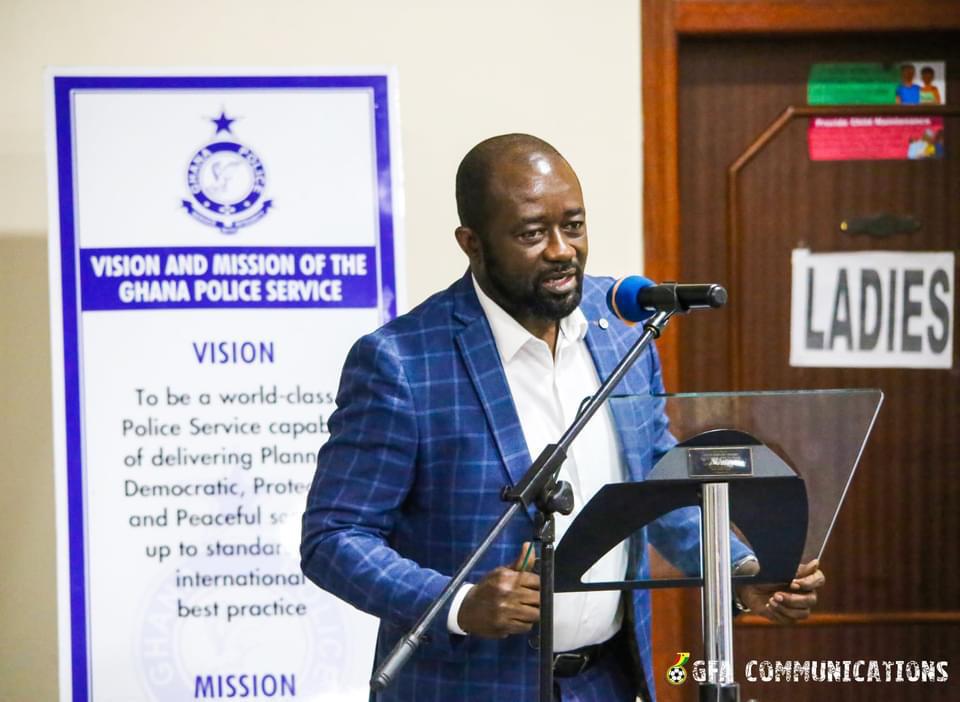 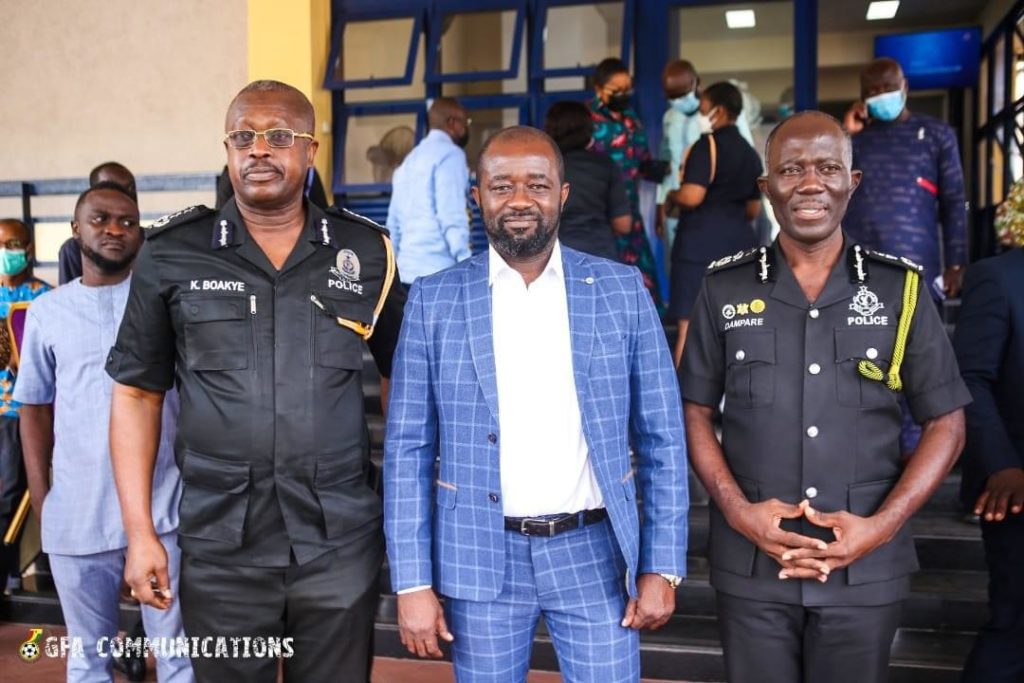 The IGP Dr. George Akuffo Dampare and his team took time to listen to concerns and challenges facing clubs at League Centres and how to deal with them. They included combating crime at League centres, dealing with hooliganism and crowed violence and clamping down on faceless people who bet away matches in the football eco-system.

President of the GFA Kurt Edwin Simeon Okraku re-iterated the need for the Police Service to consider forming a special Sports Policing unit within the Police service to provide security at League centres as he believes this will curb the rampant crowed violence and hooliganism that have characterized the domestic game. 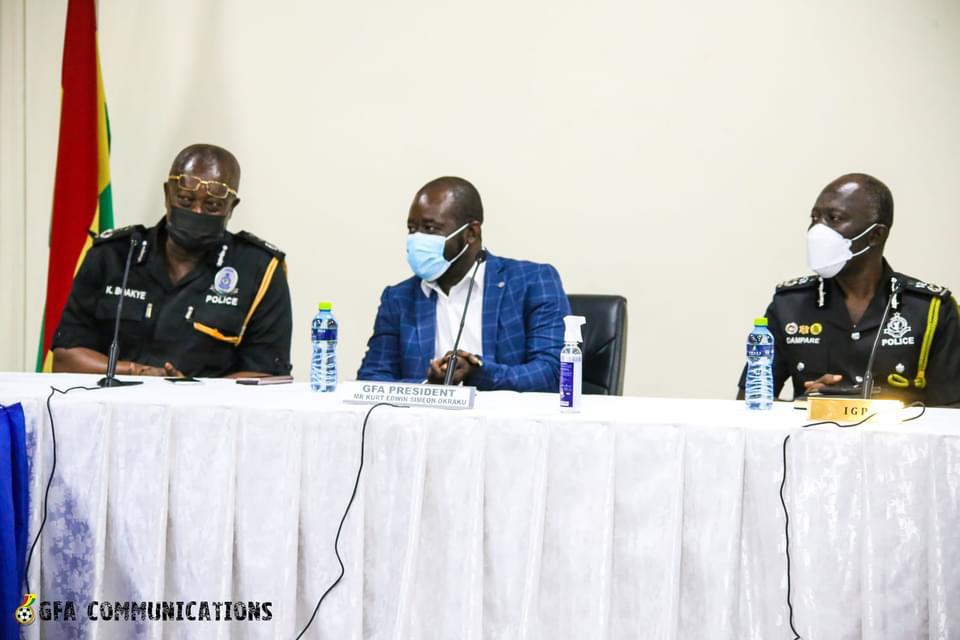 President Simeon Okraku also thanked the IGP for the invitation and his desire to support football operations and match day security across League centres.